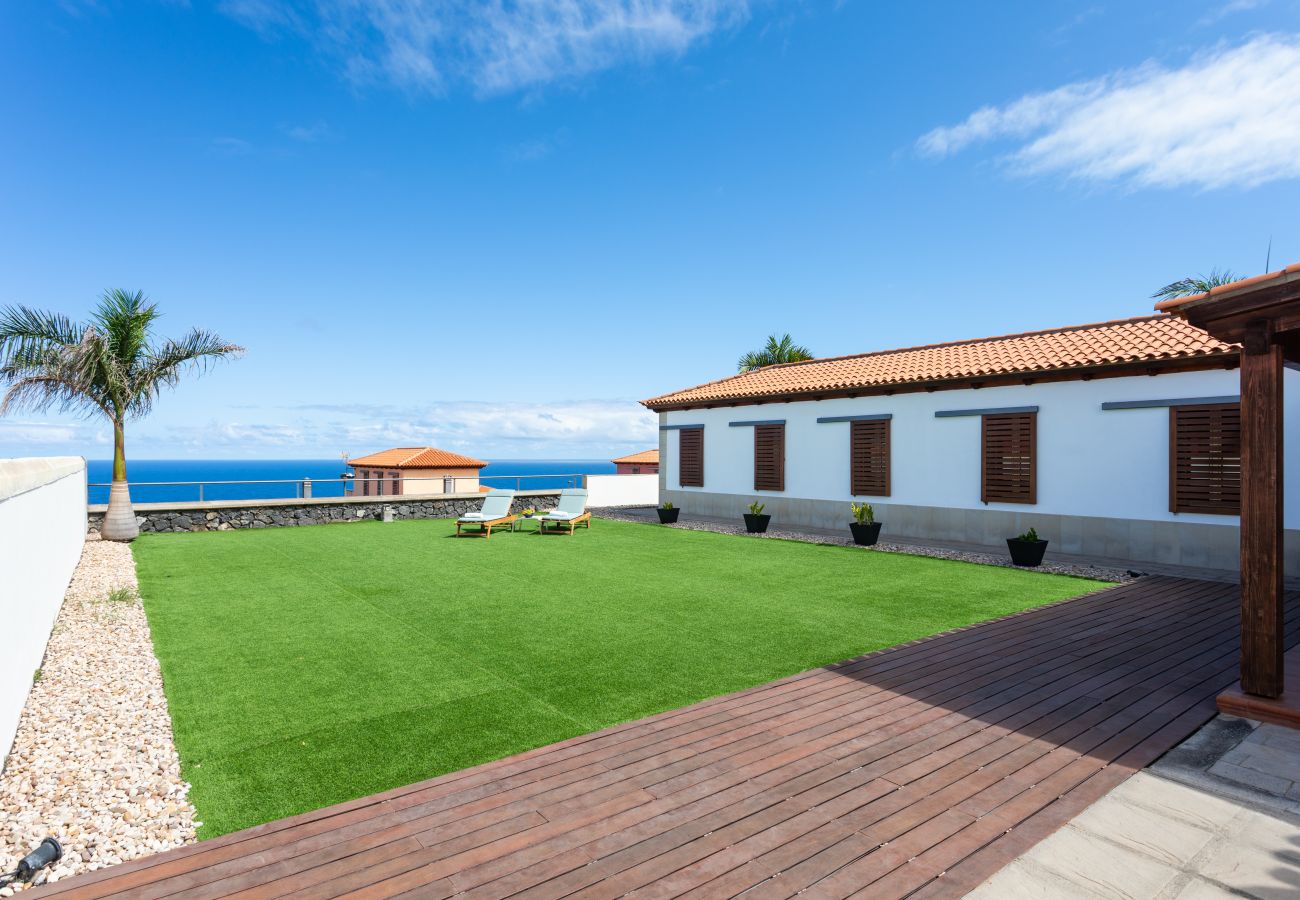 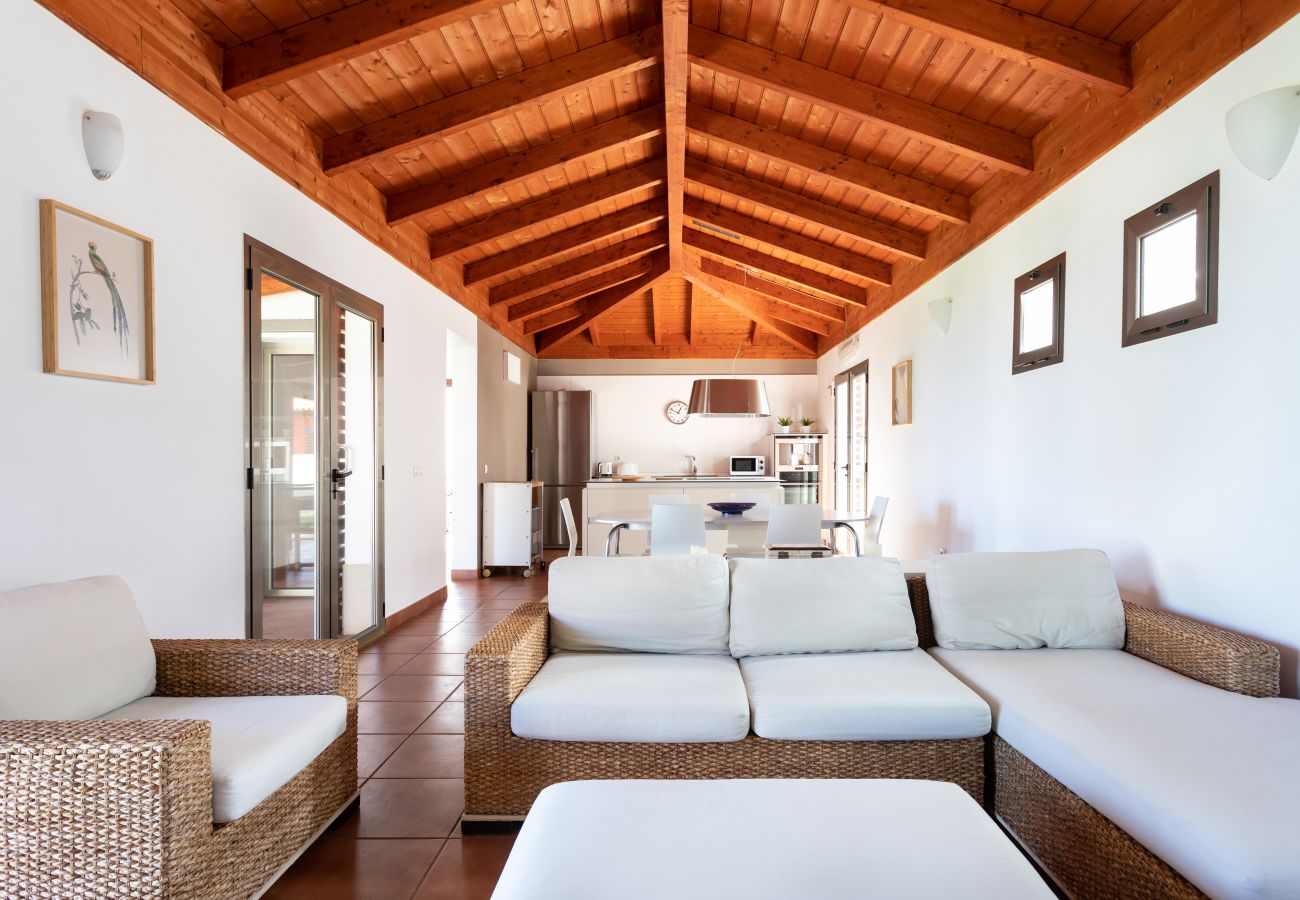 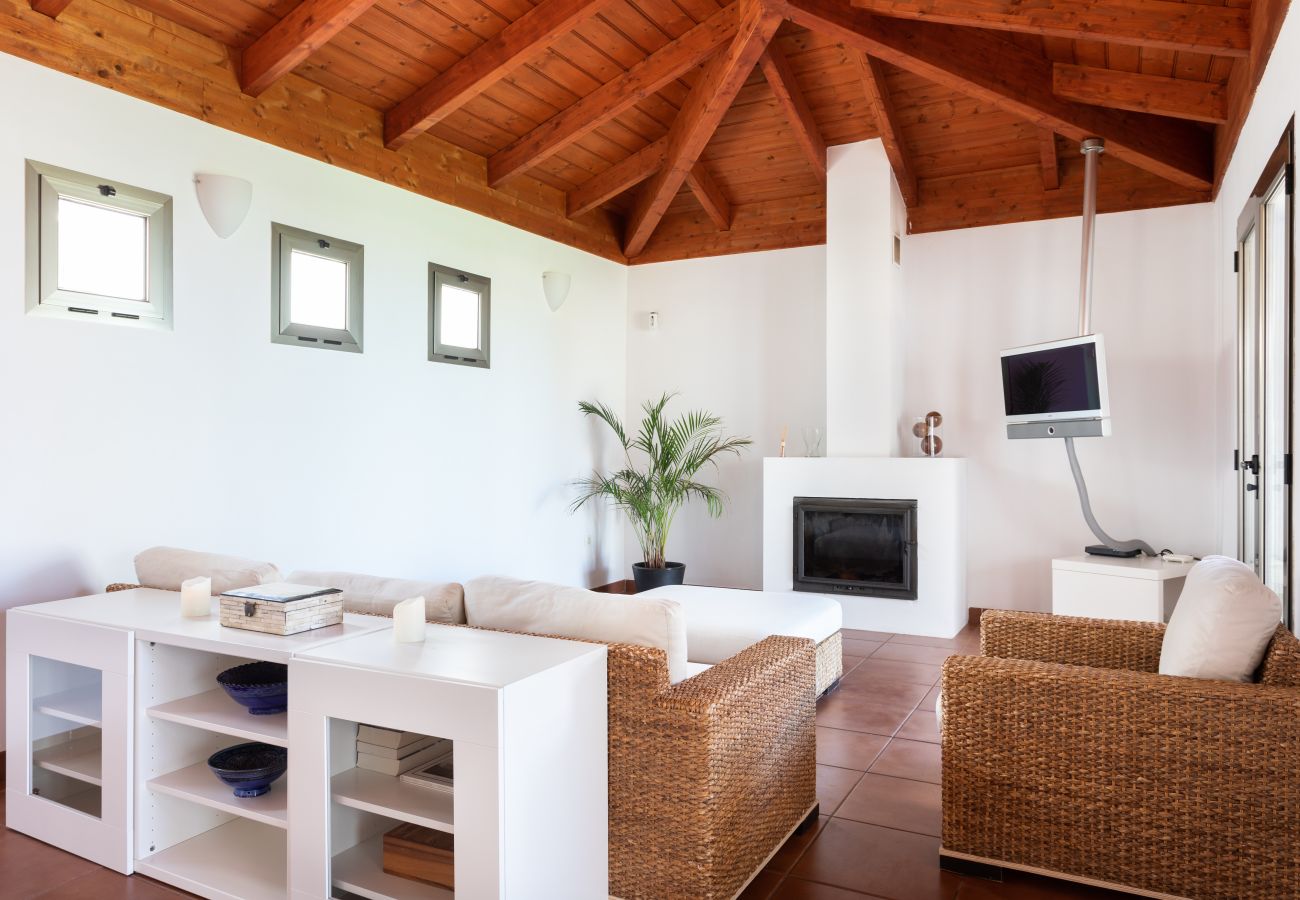 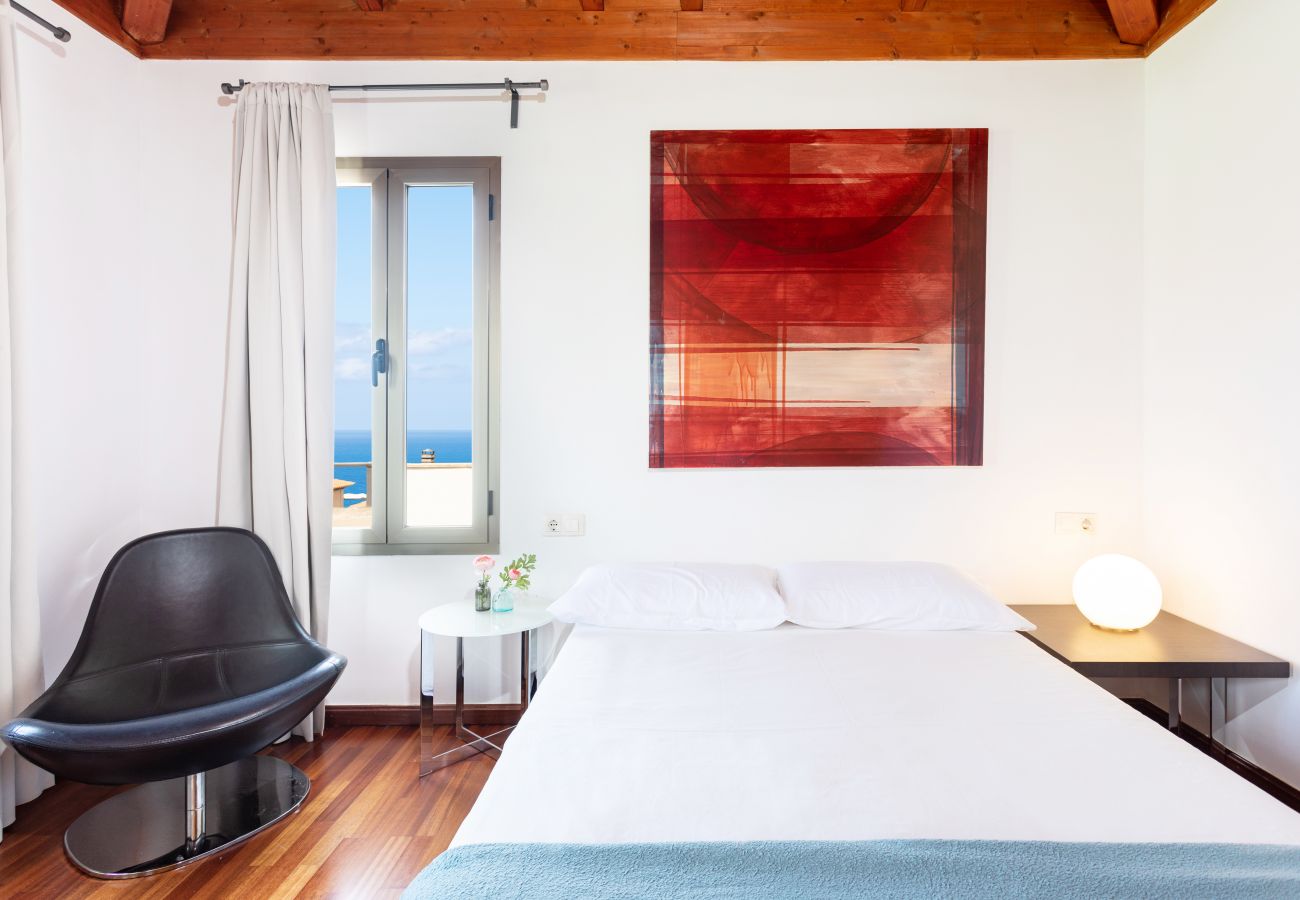 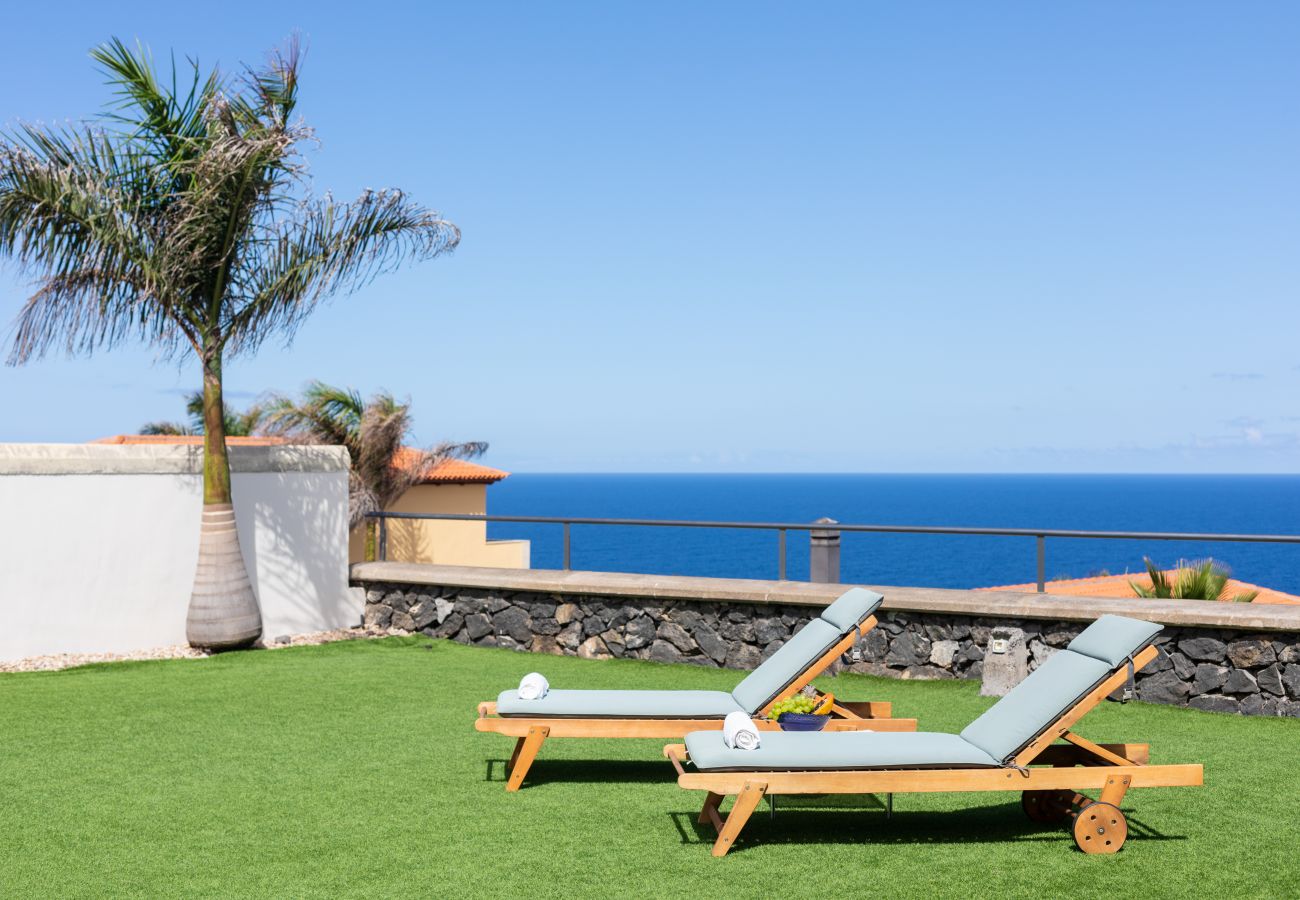 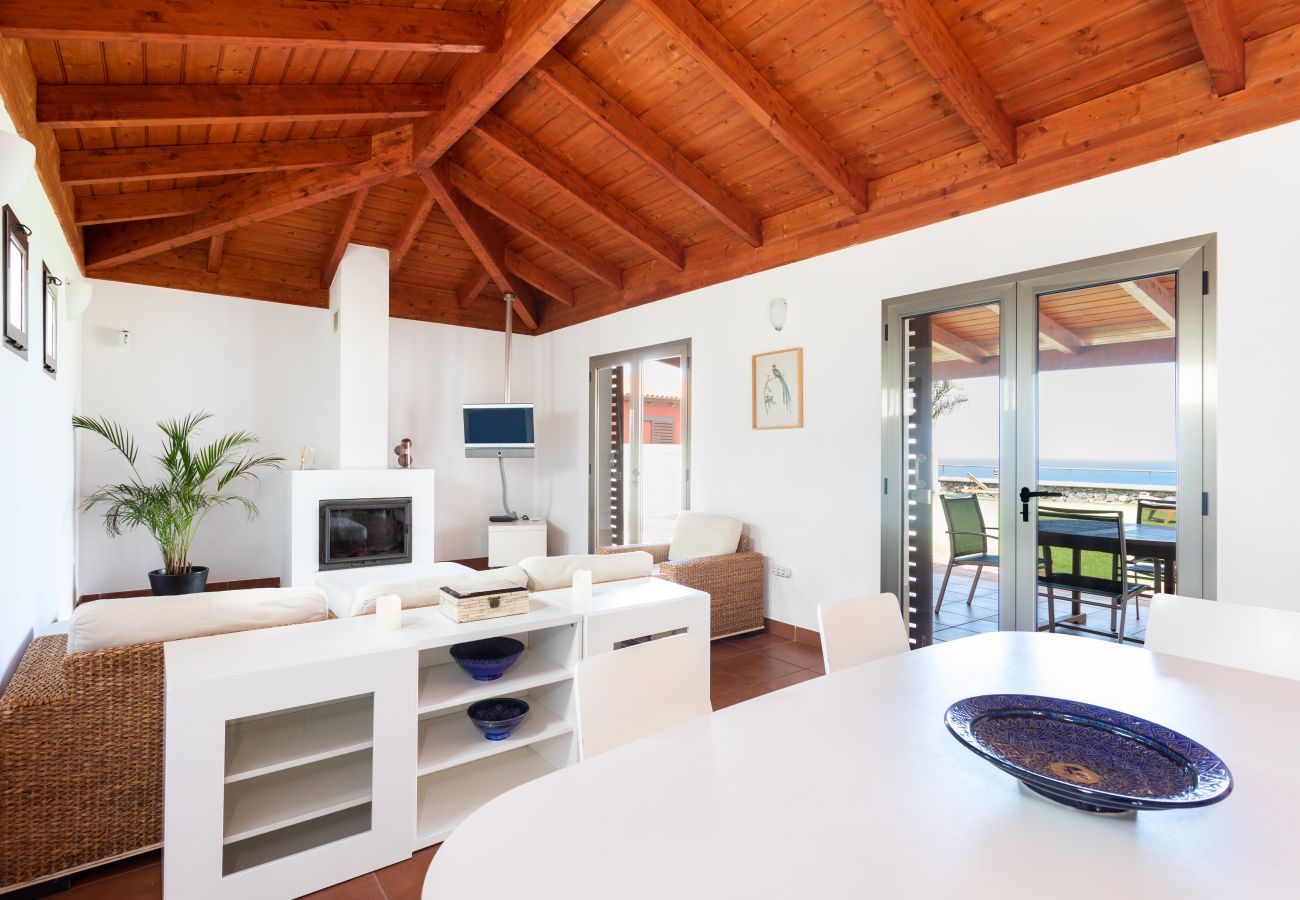 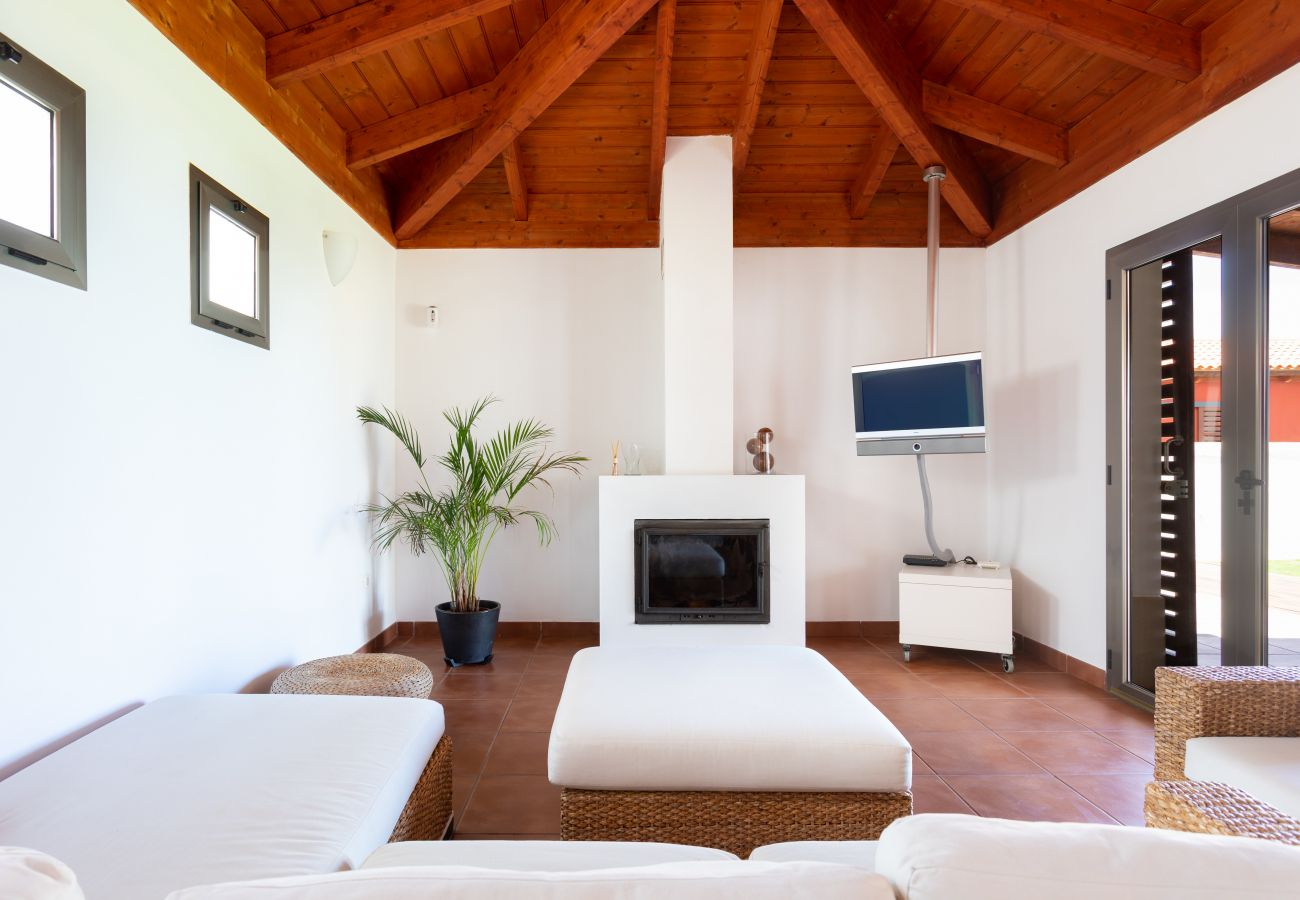 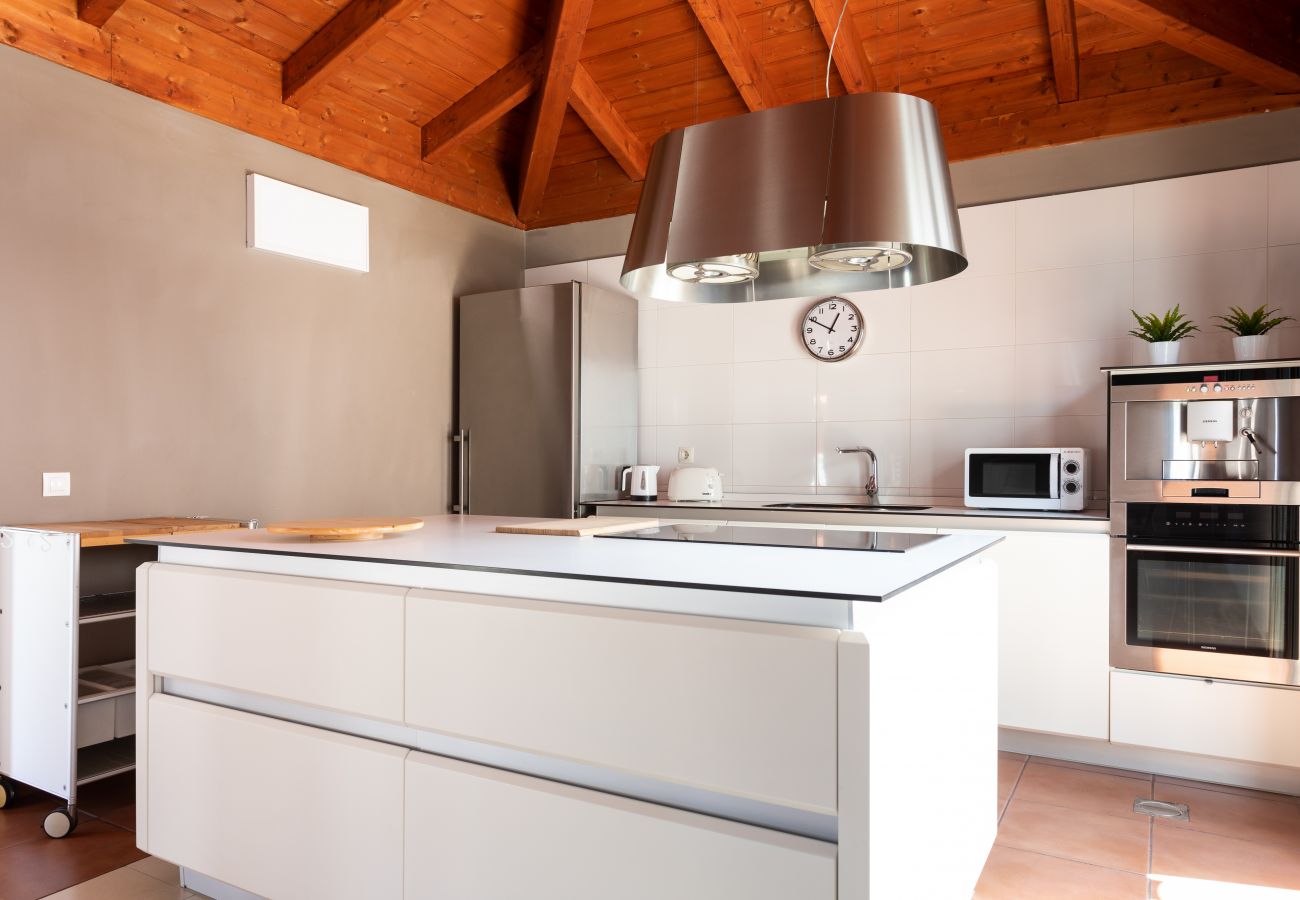 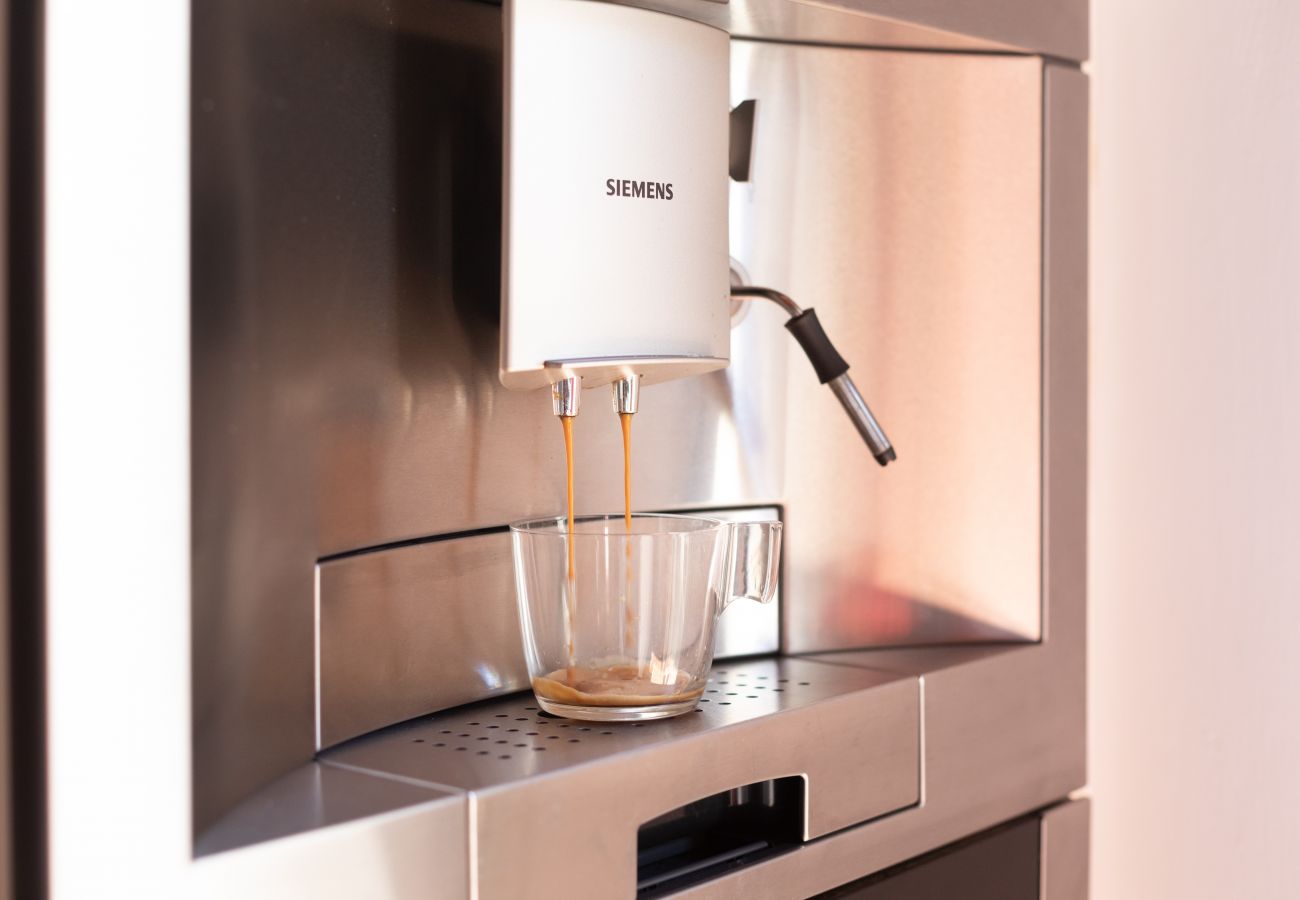 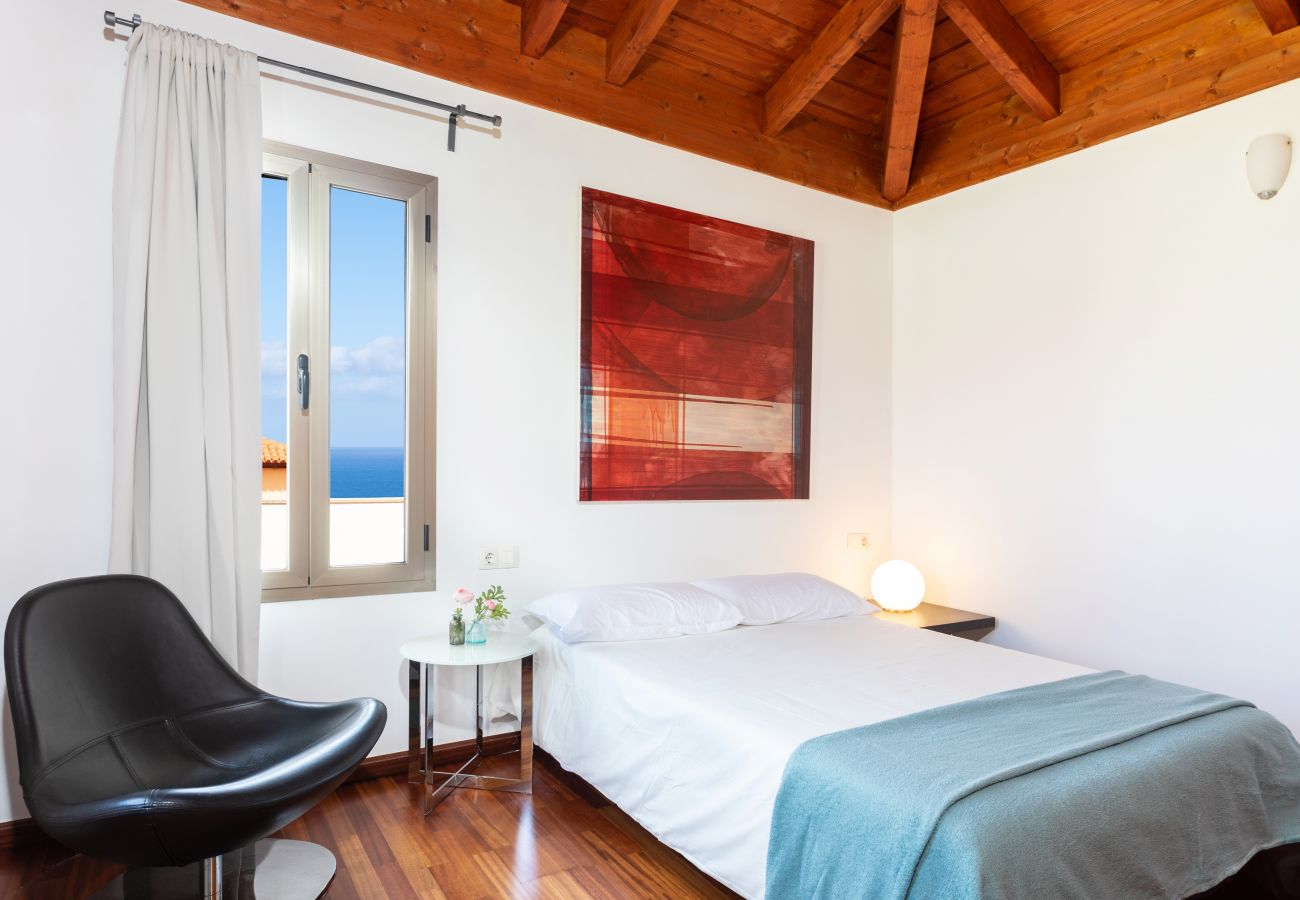 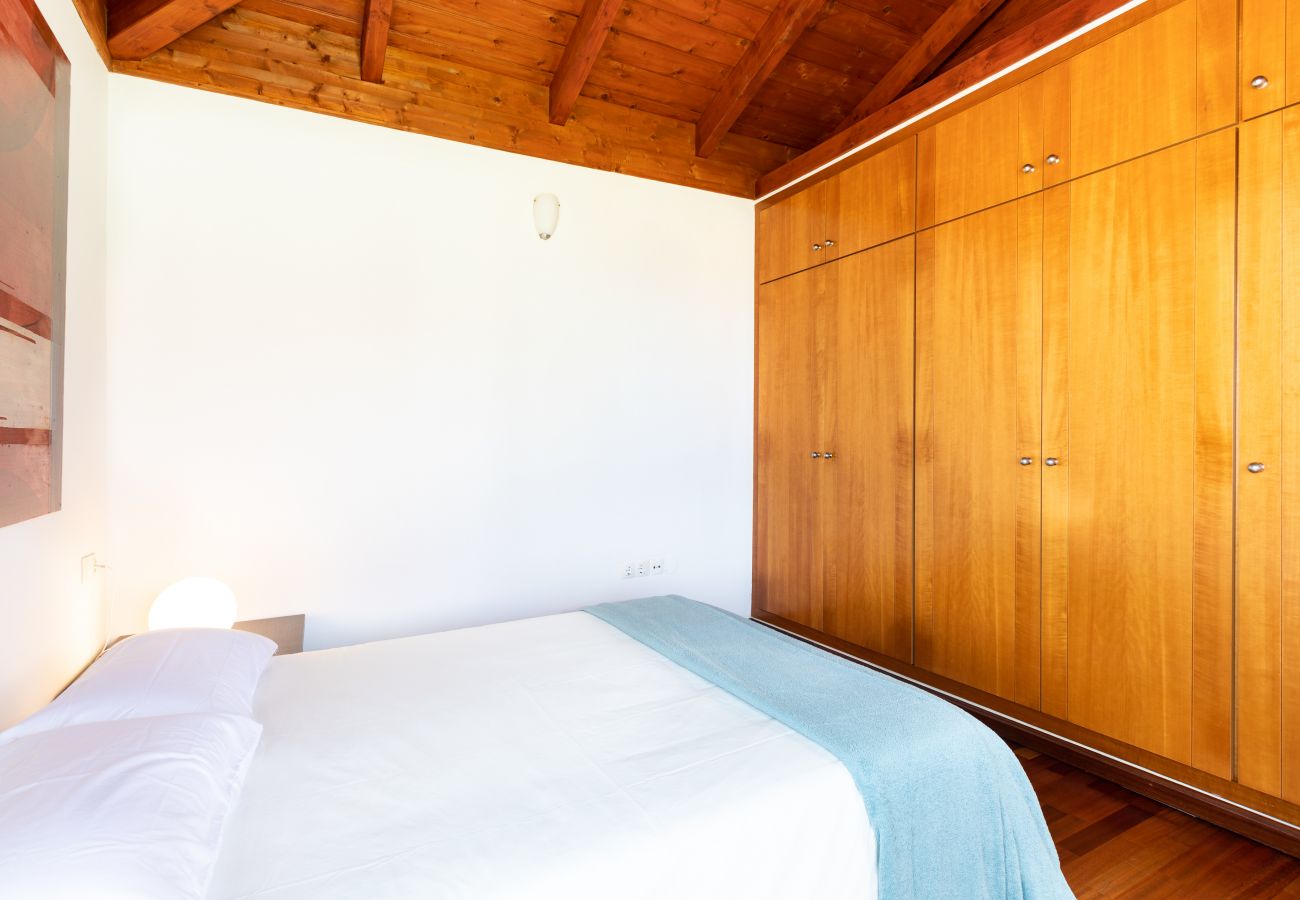 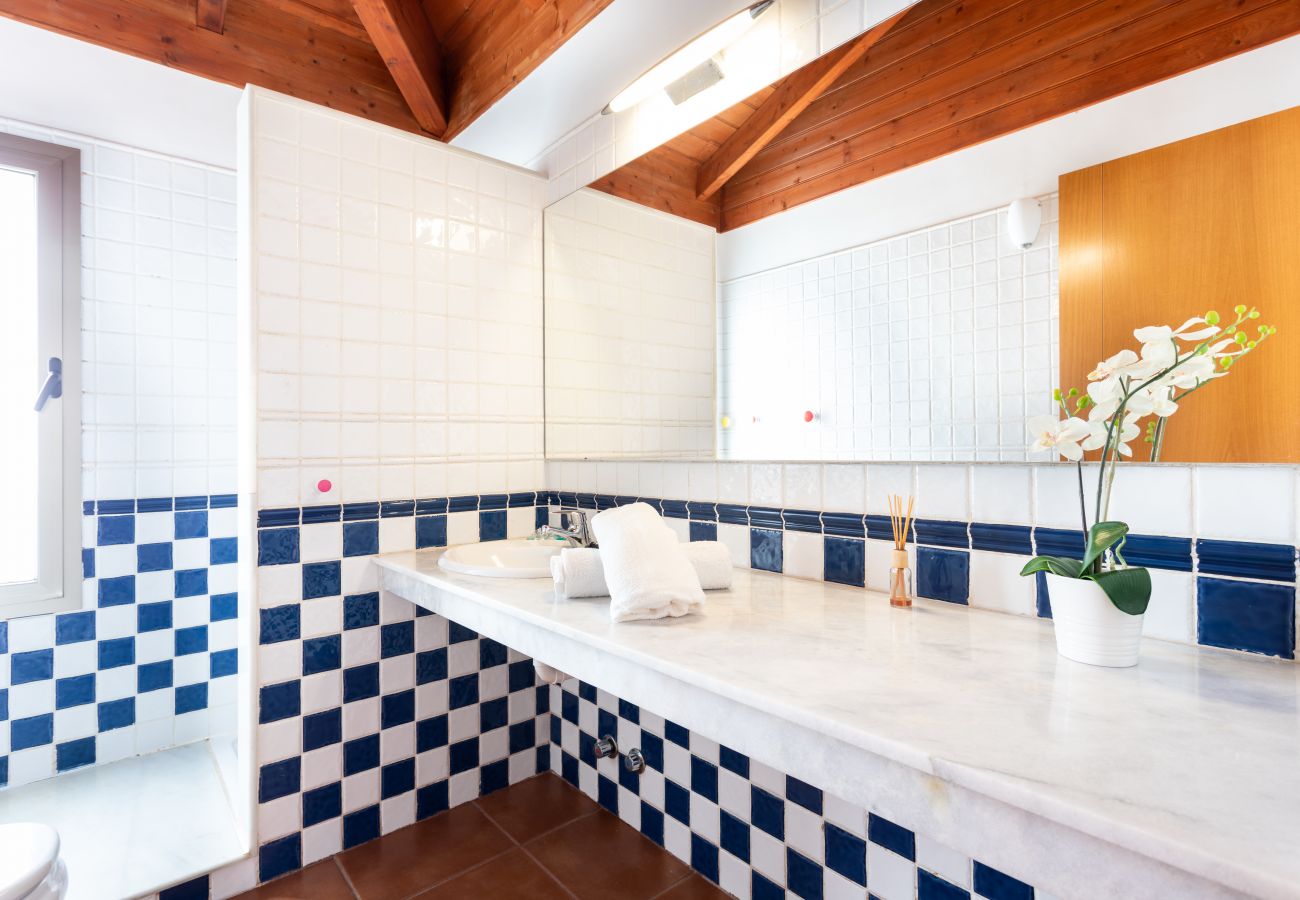 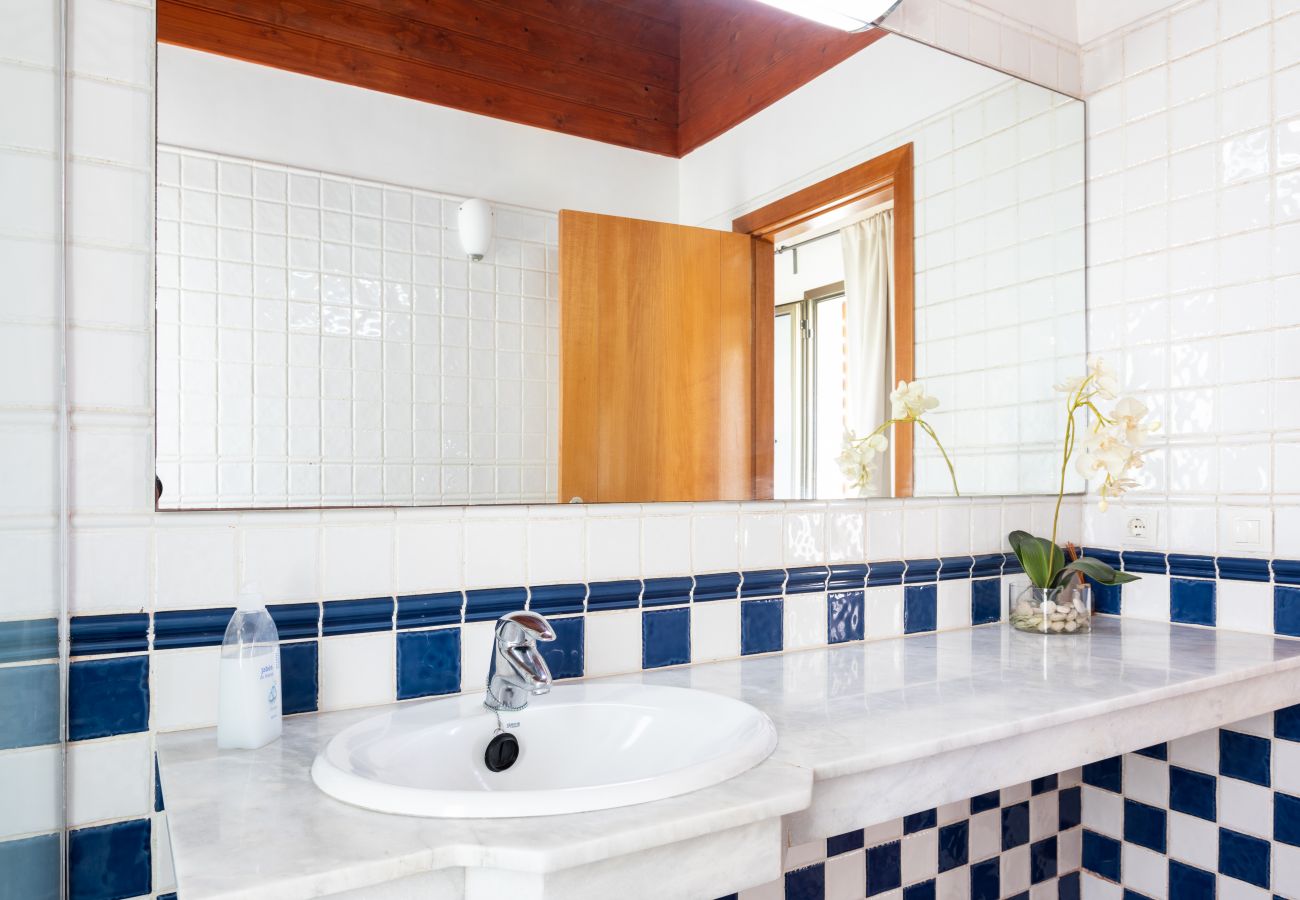 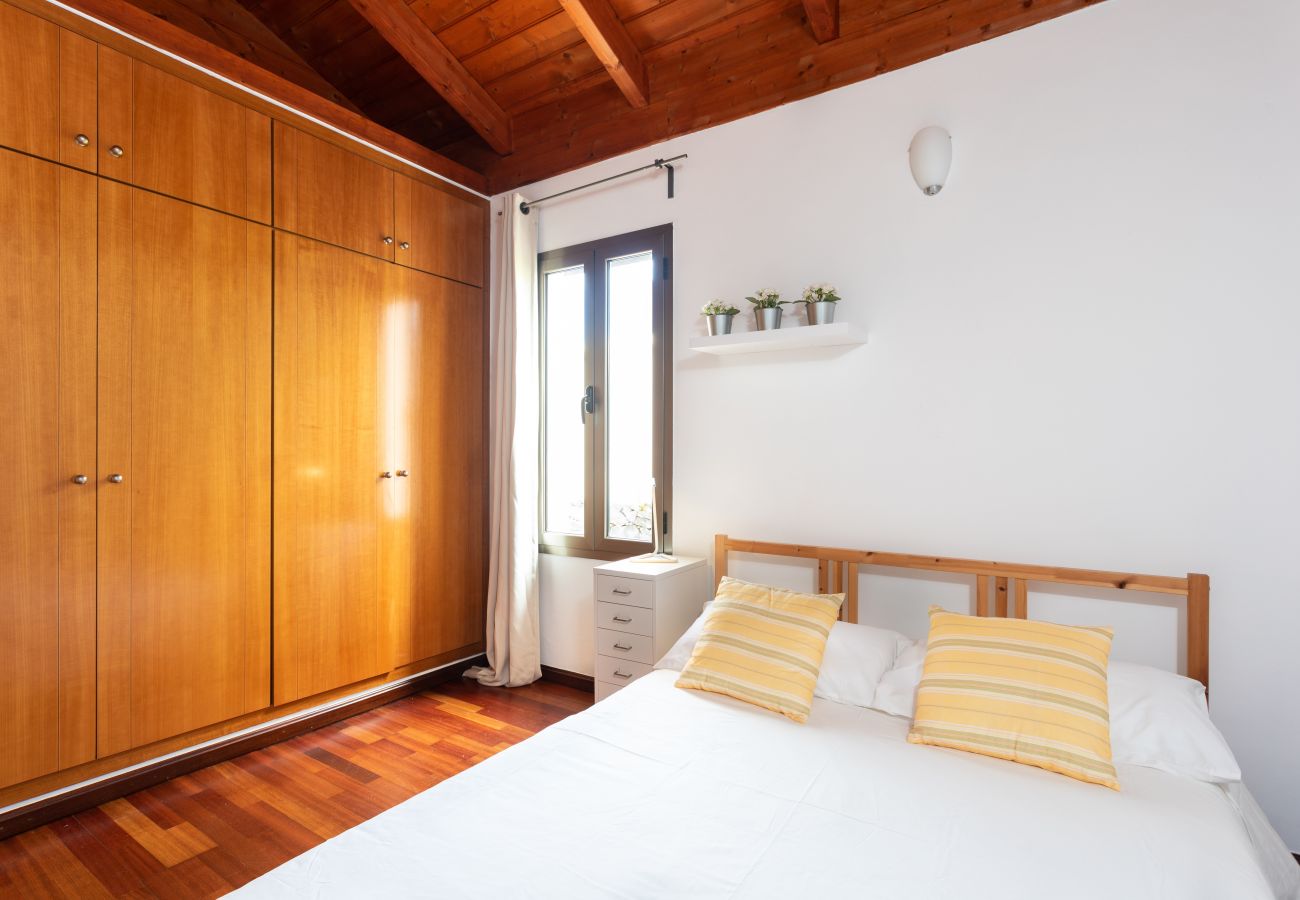 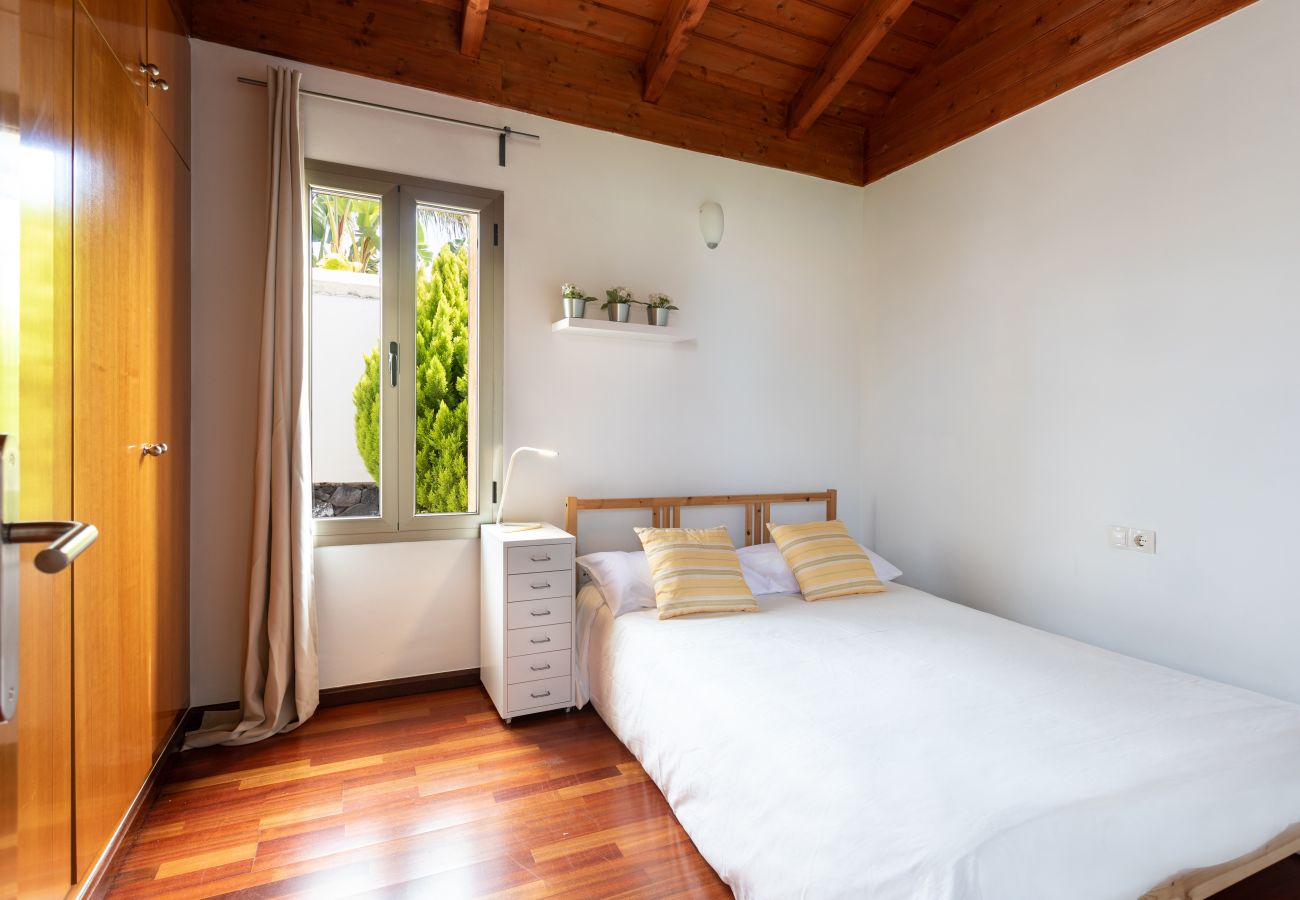 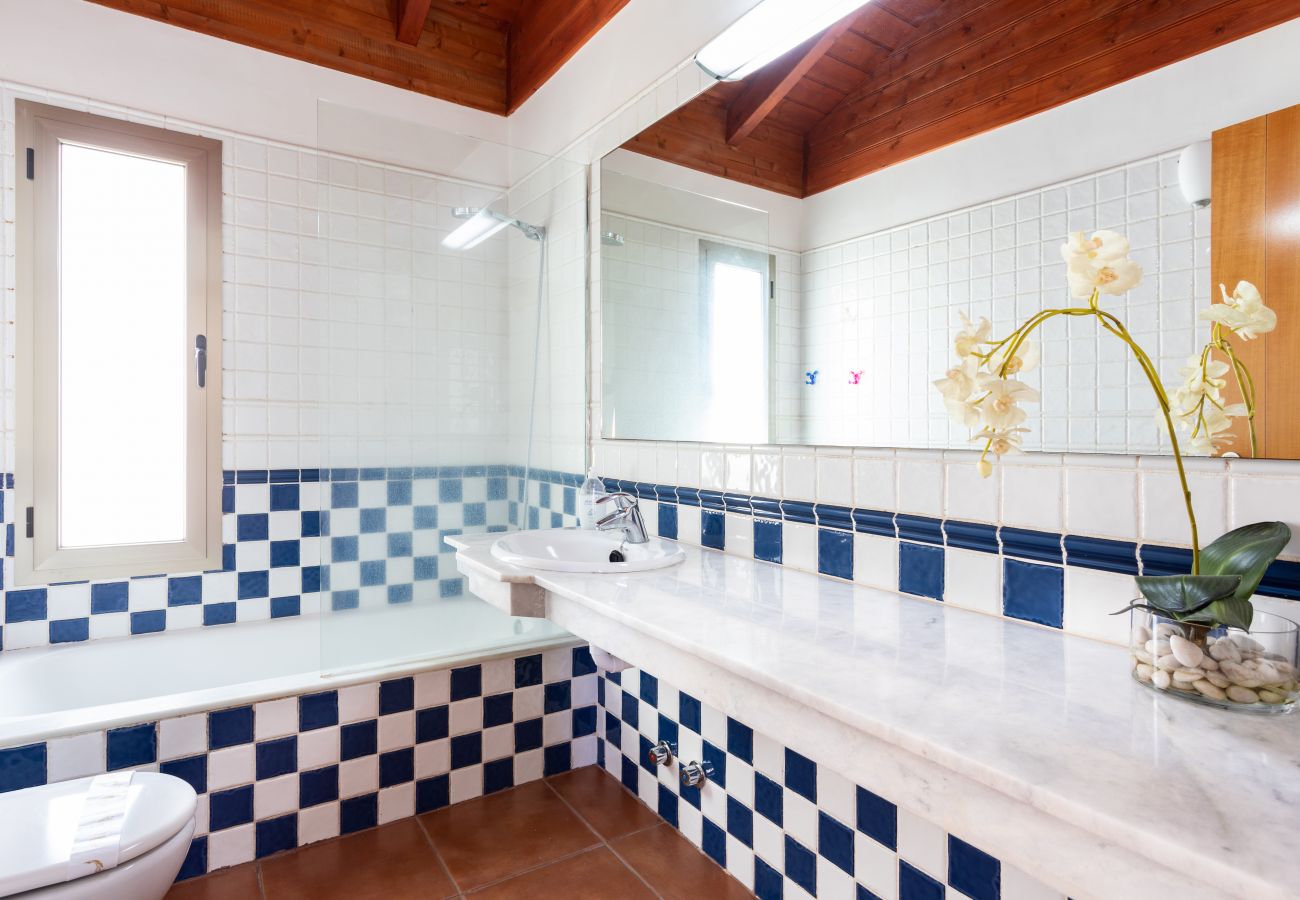 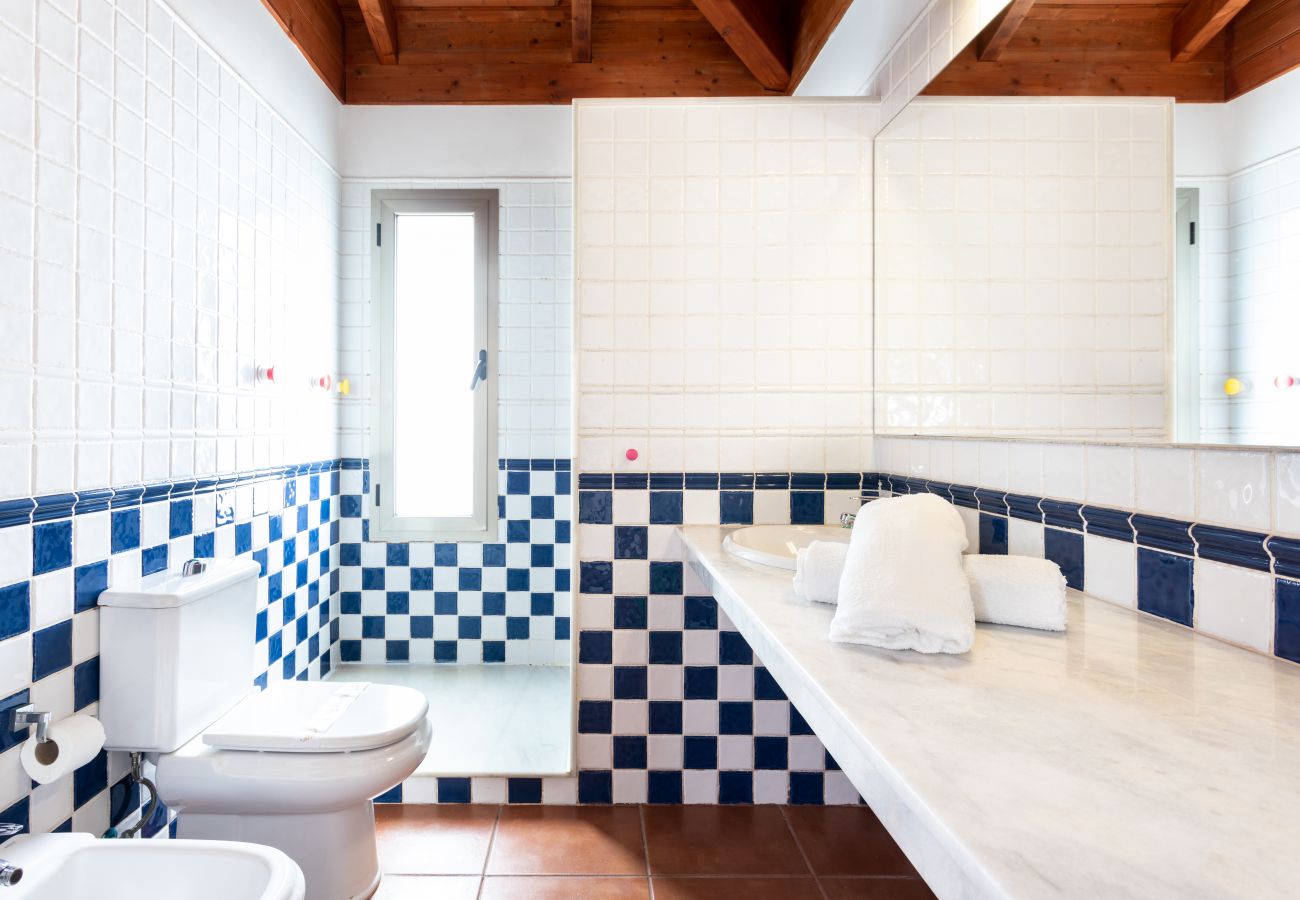 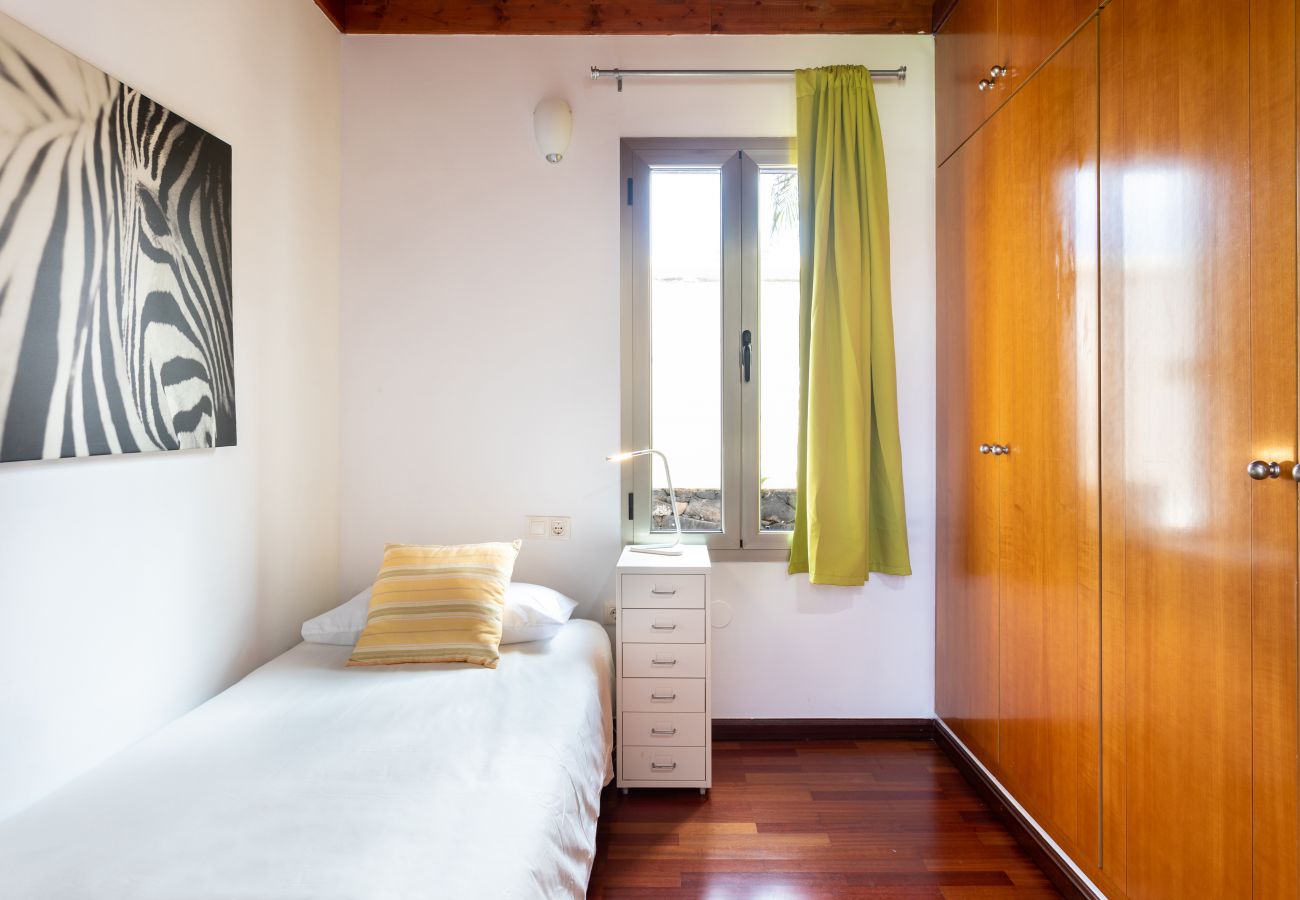 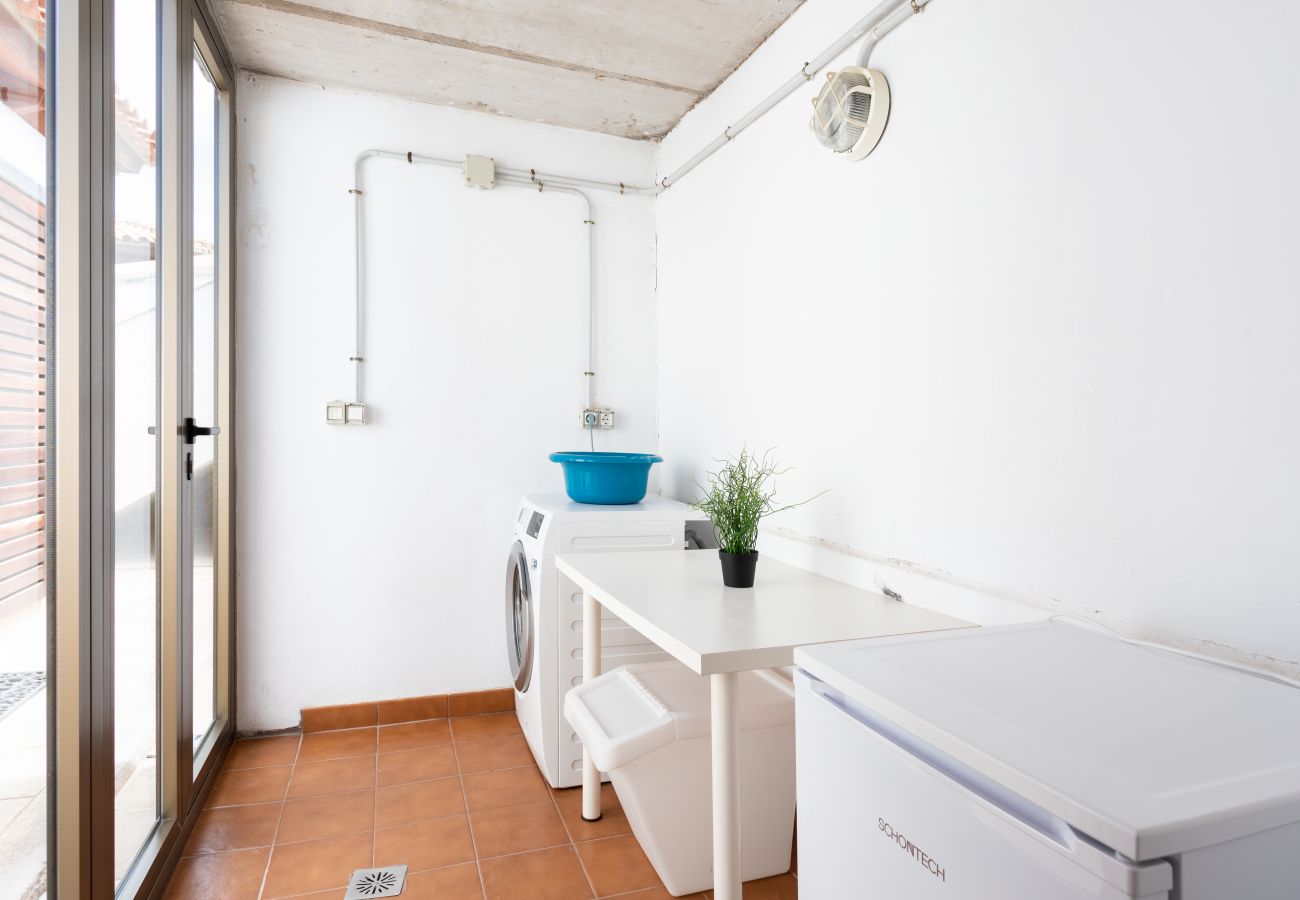 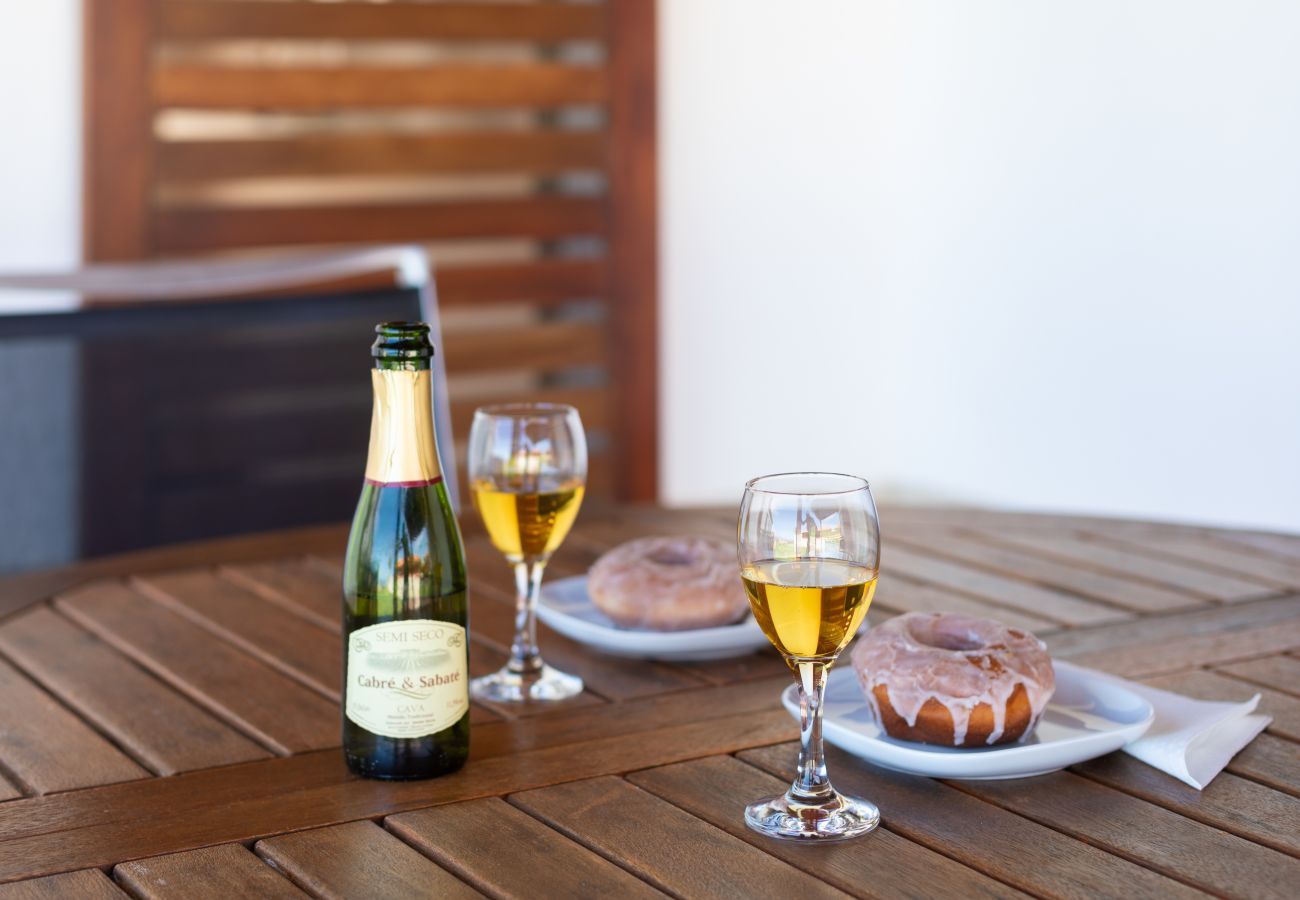 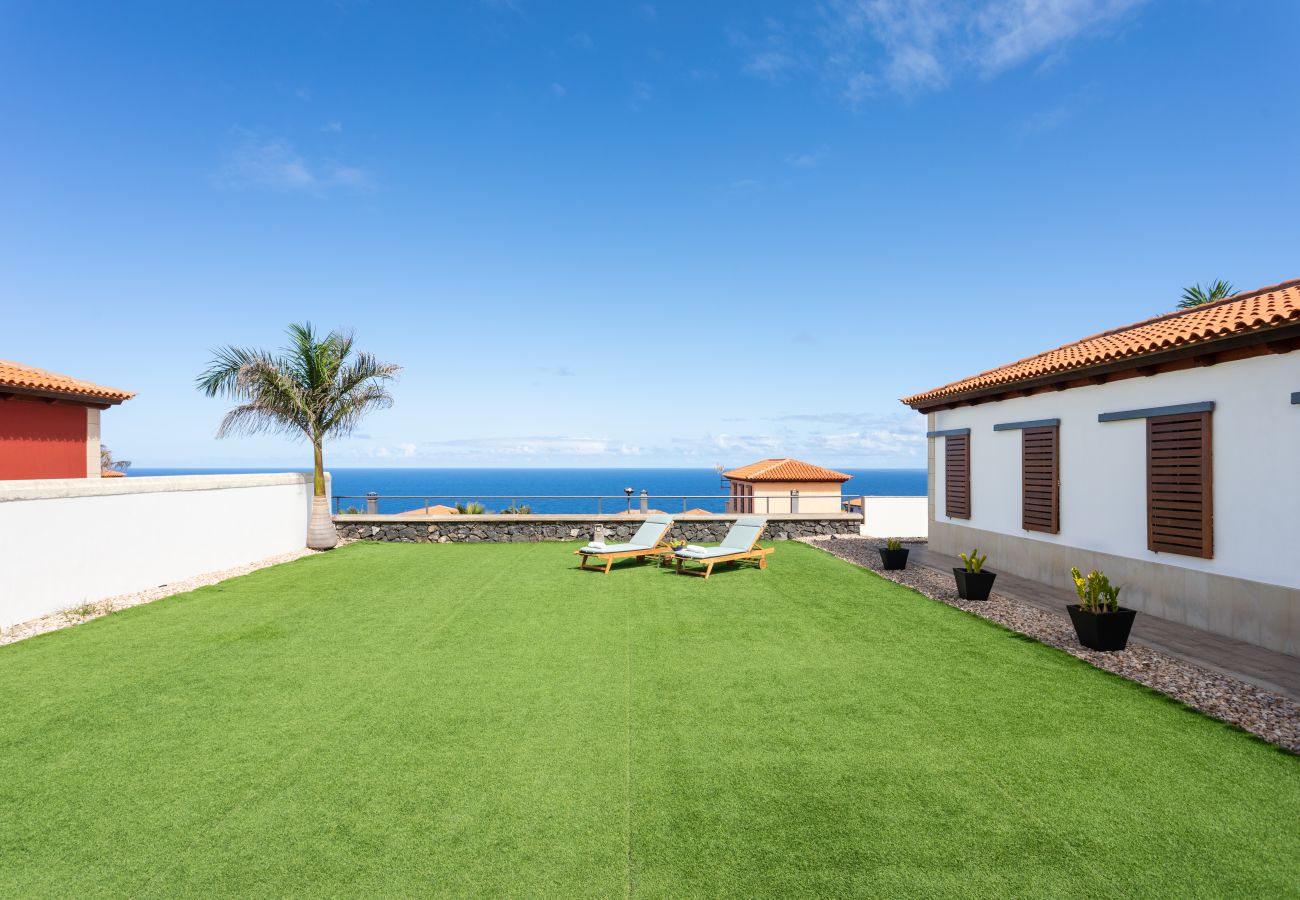 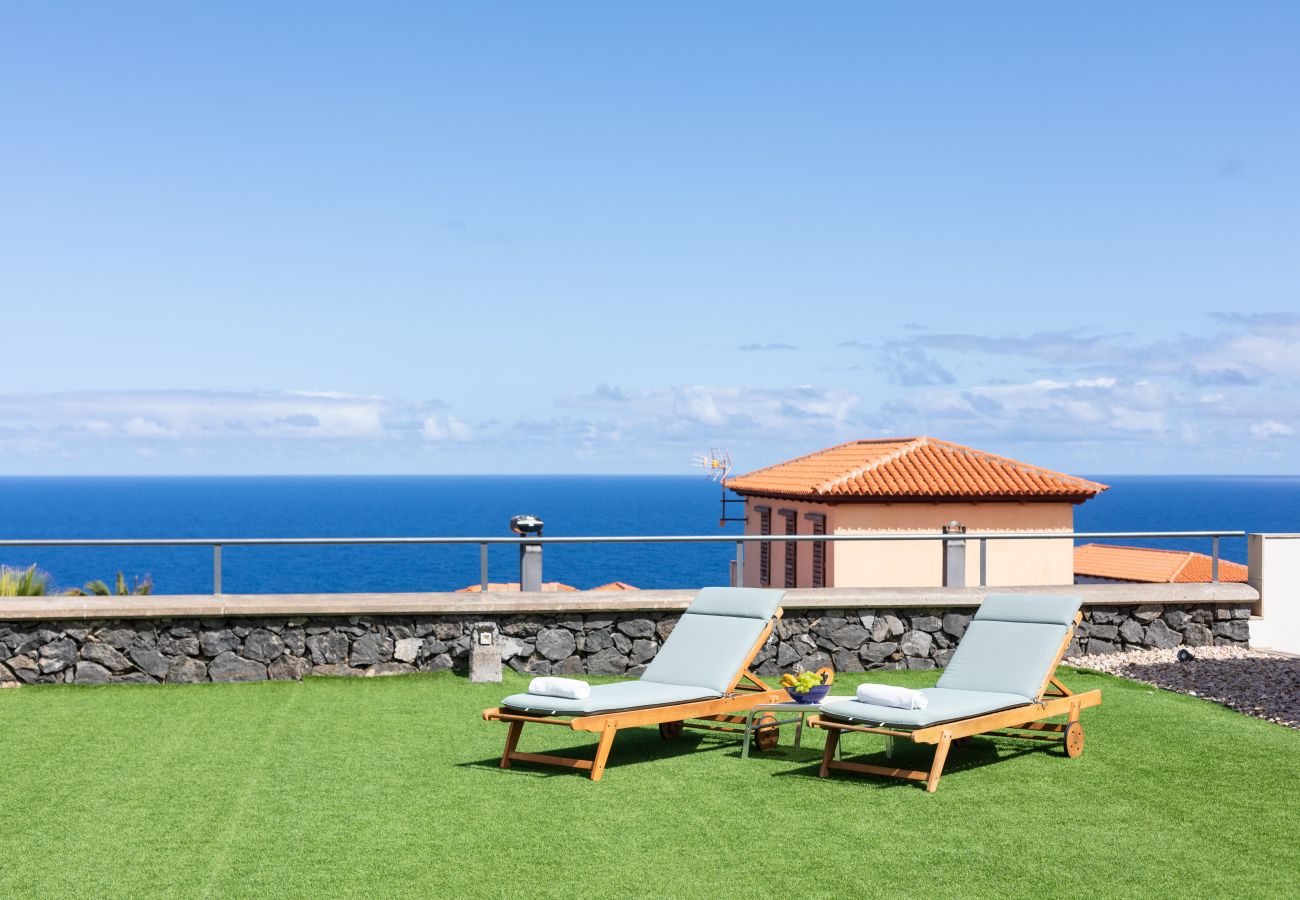 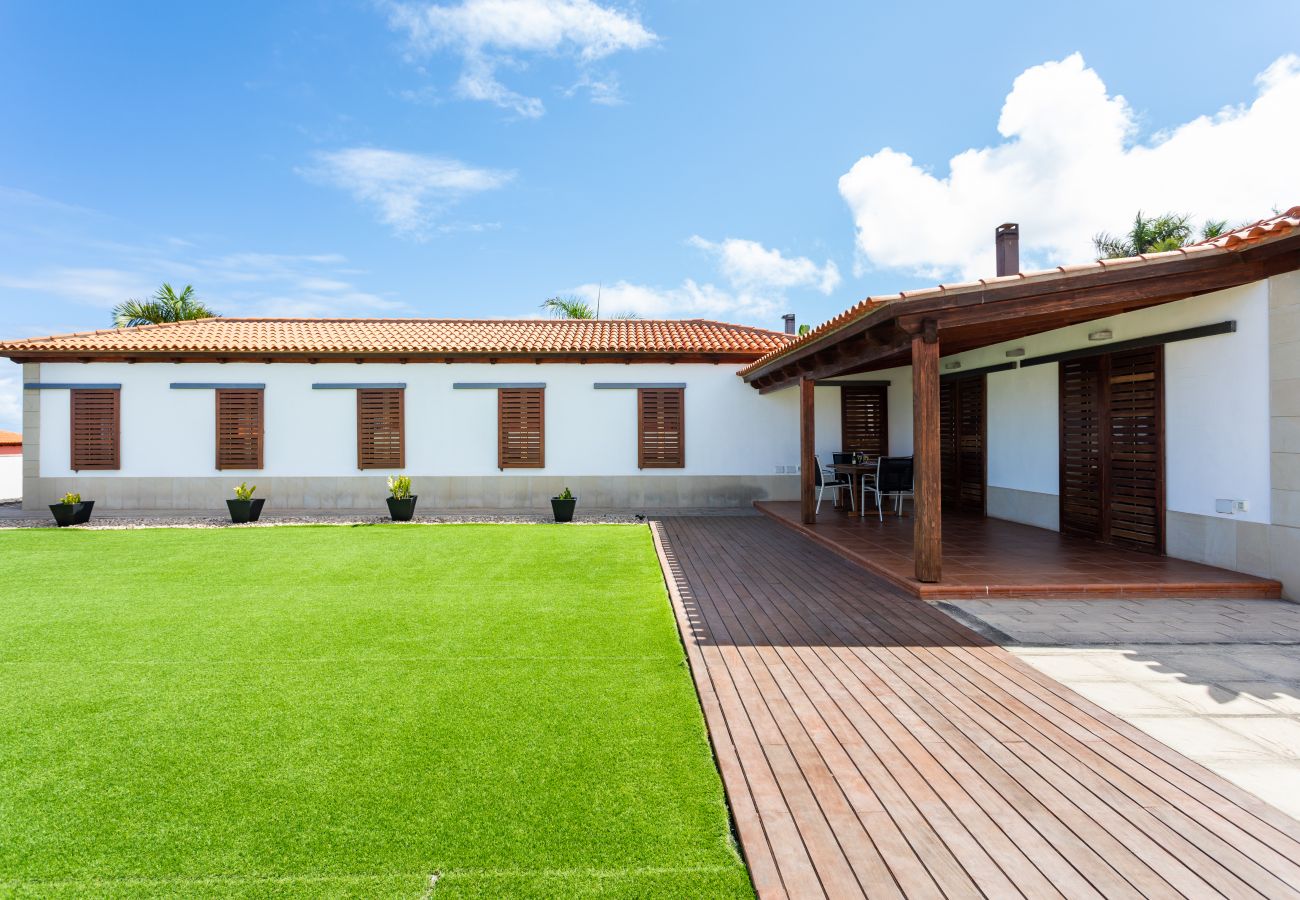 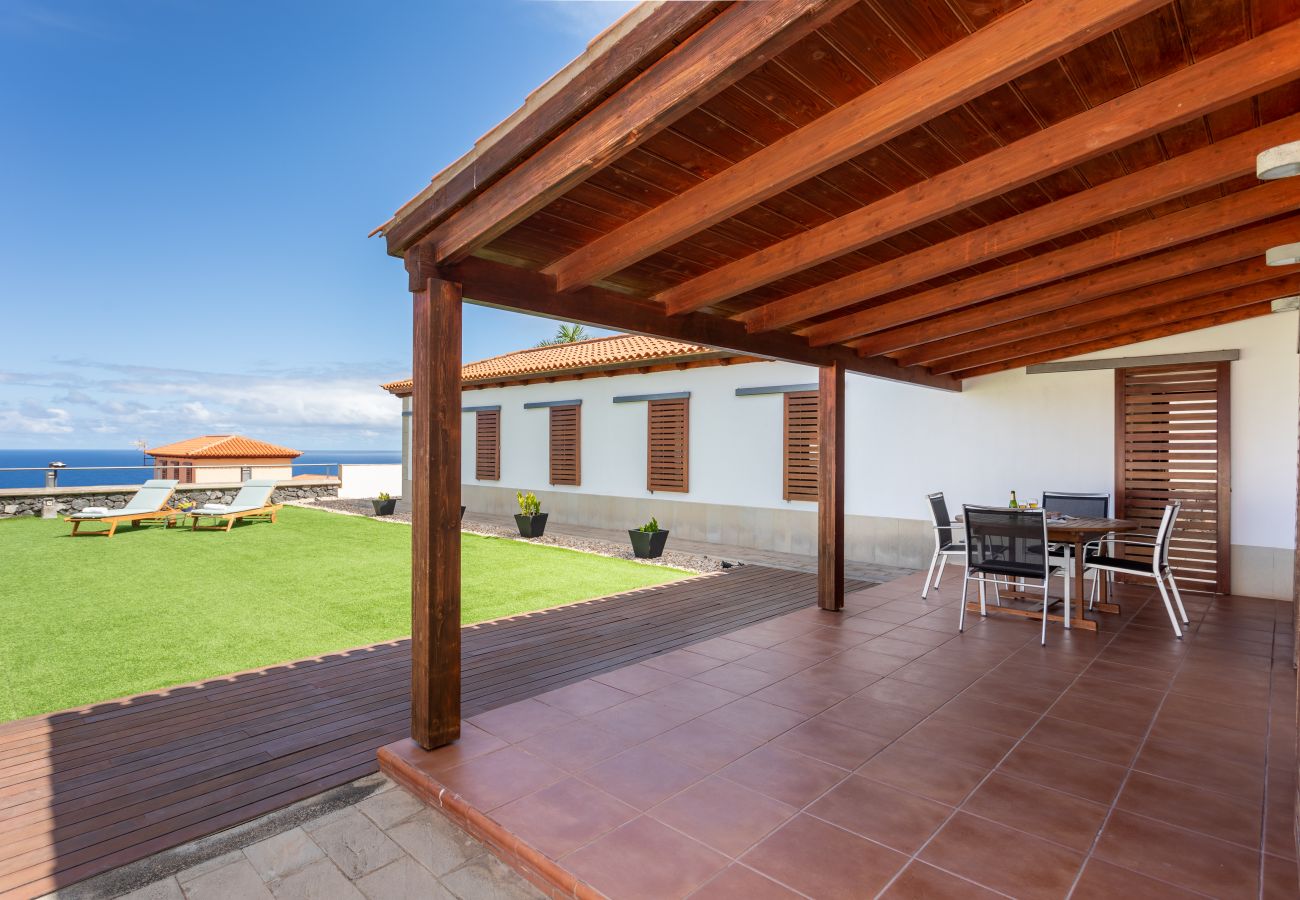 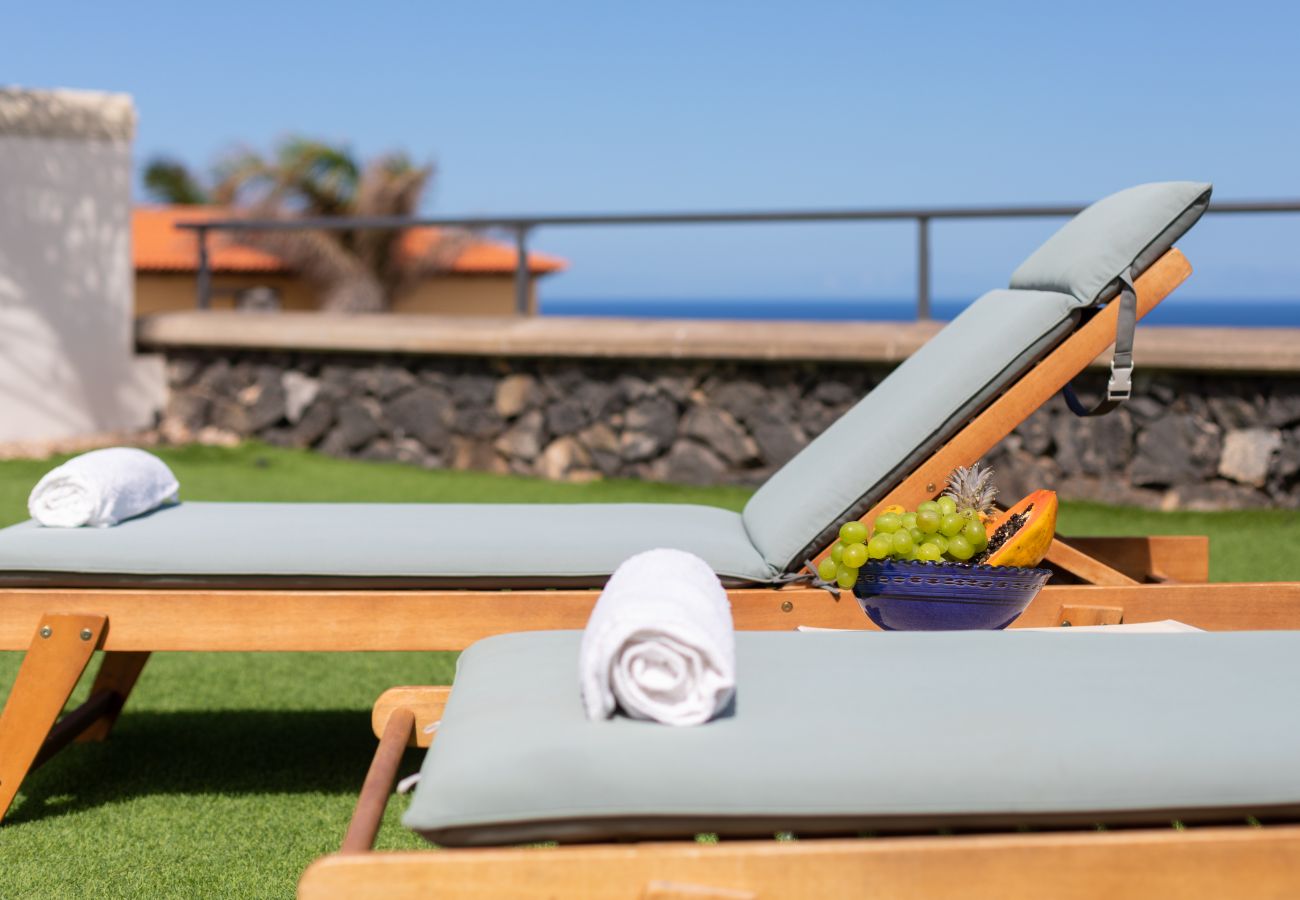 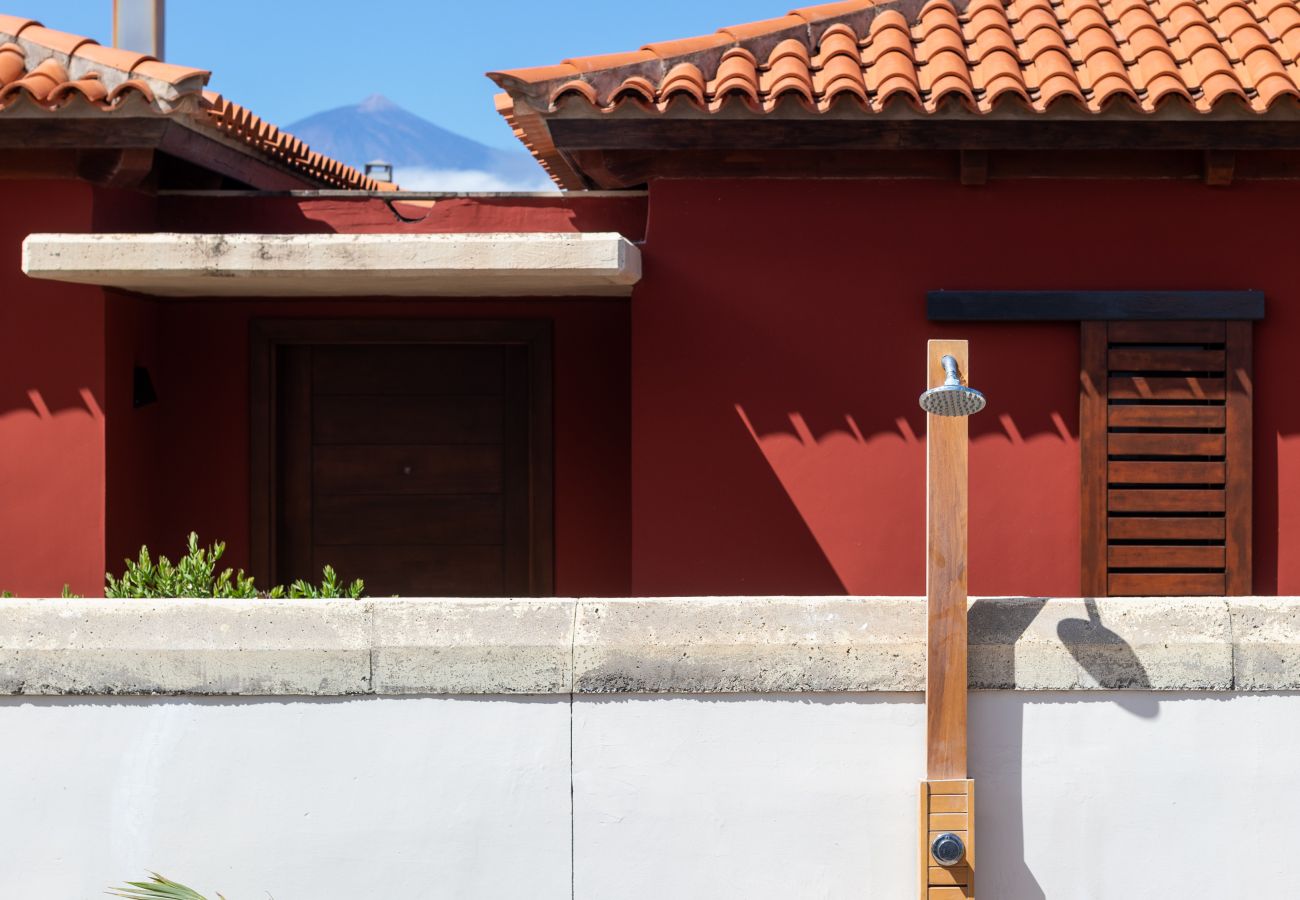 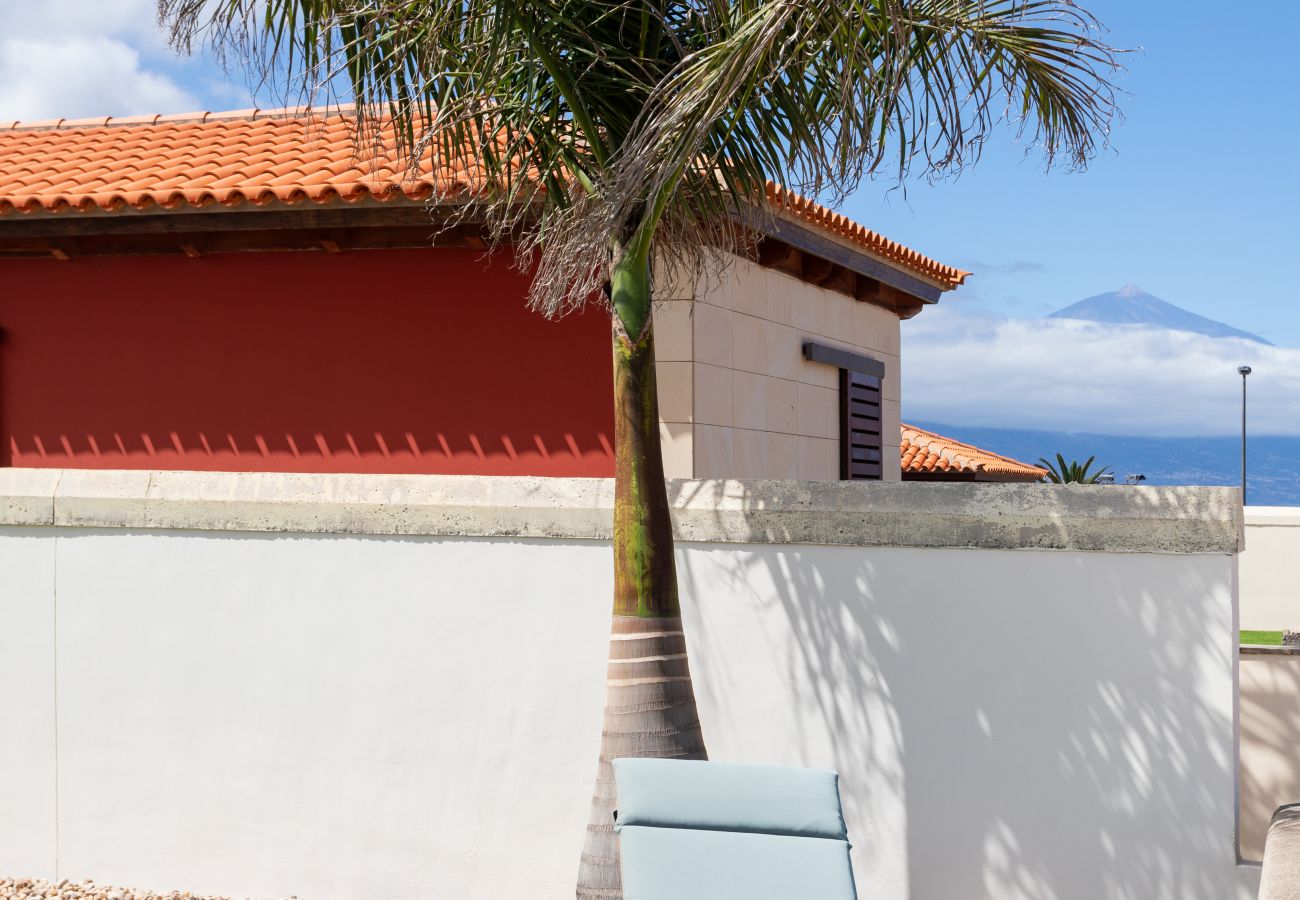 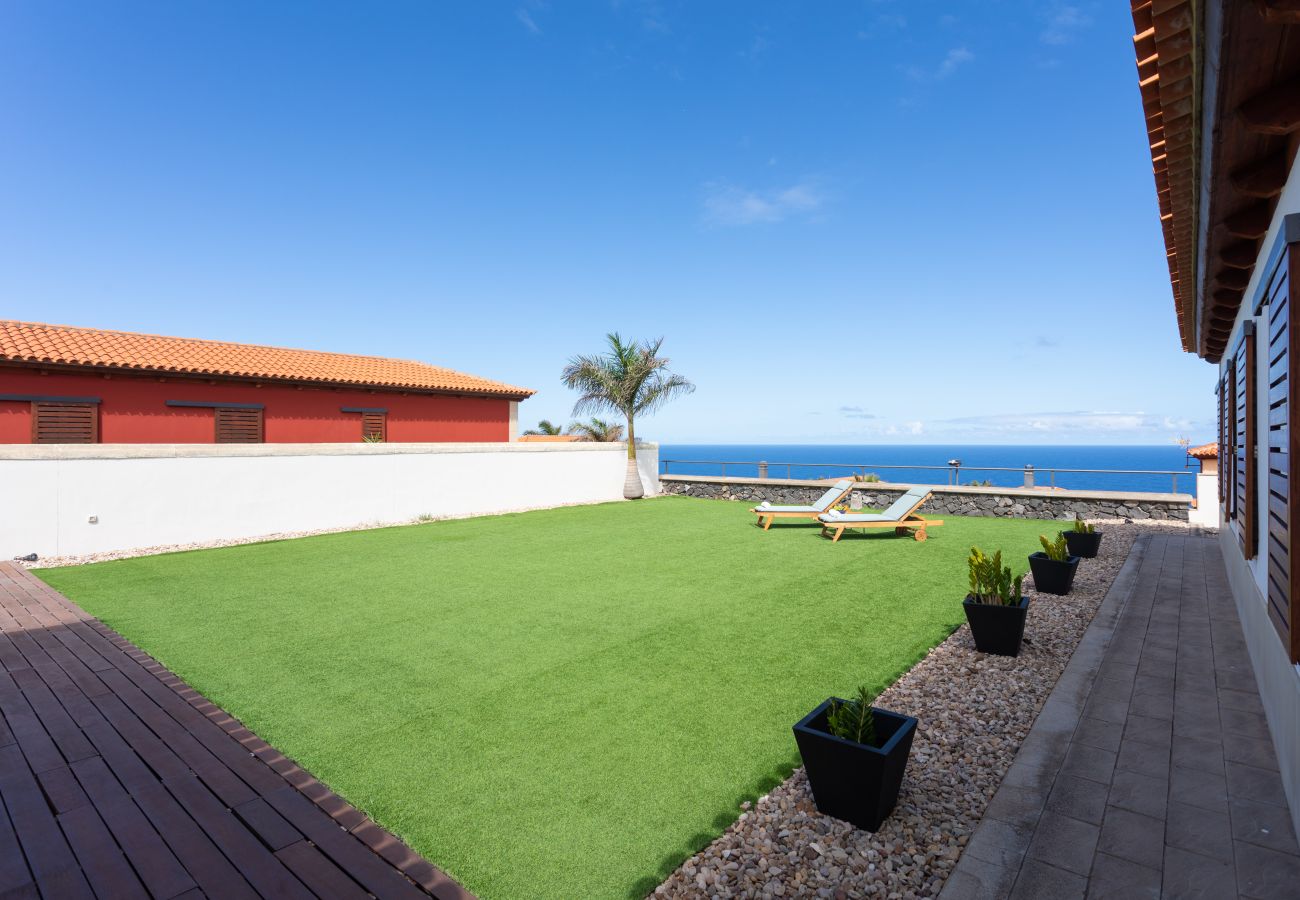 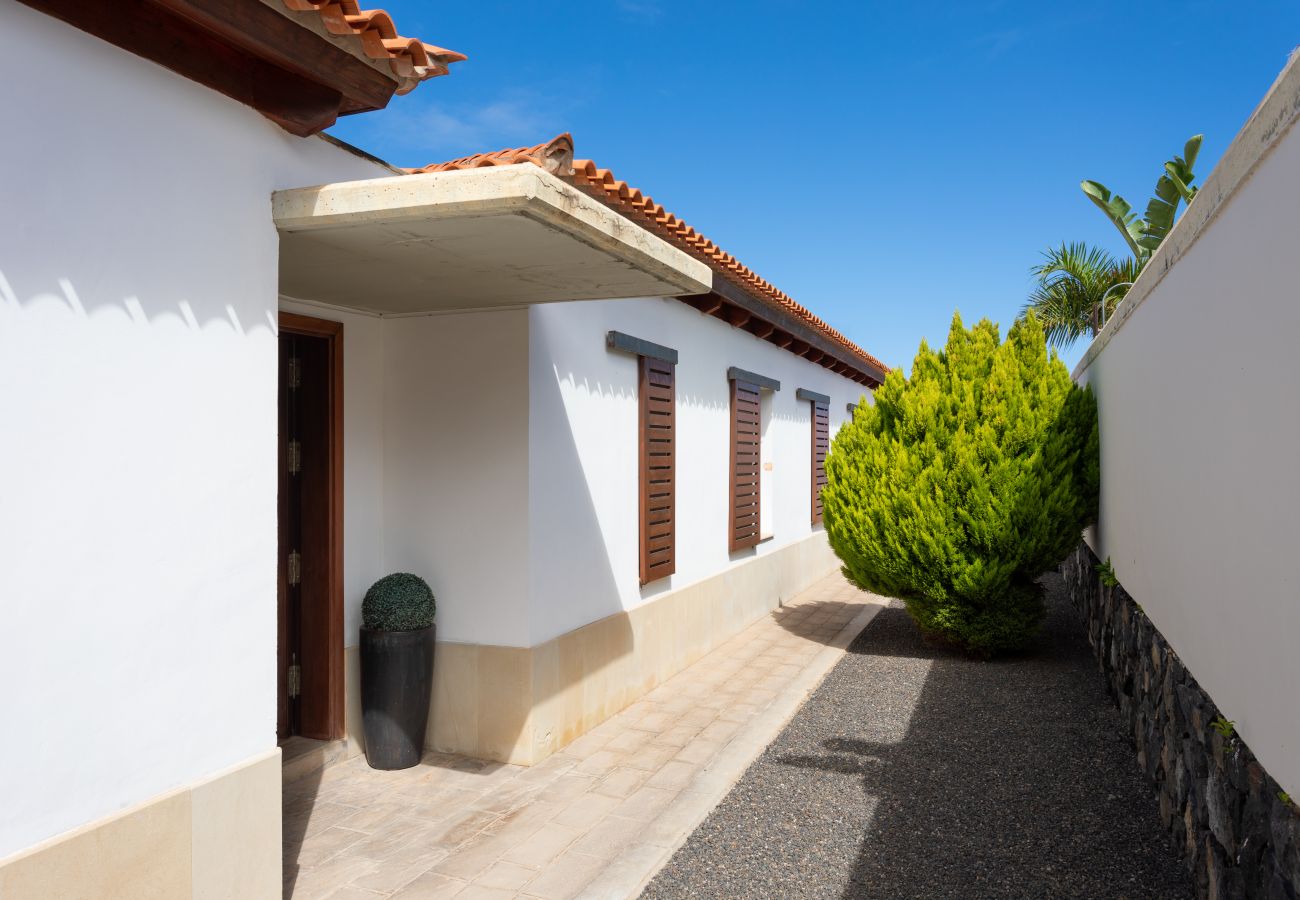 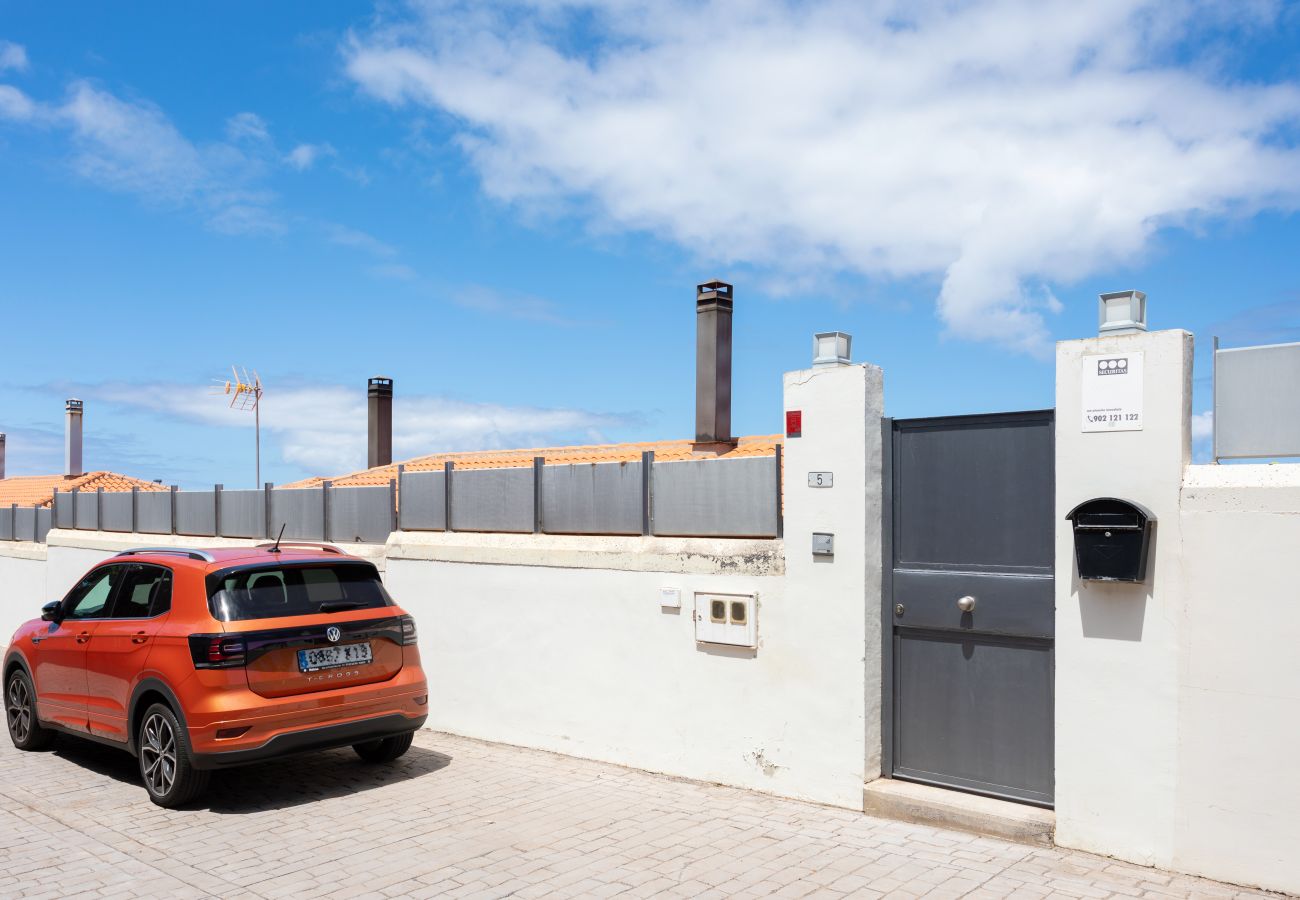 Beautiful villa in Tacoronte, full of magical corners, with large open spaces and views of both the sea and the Teide. With an exquisite decoration where every detail has been taken care of. It has 4 rooms, capacity for 7 people, Internet connection, fireplace and a privileged location to see the rest of the island. A unique home where you can enjoy your holidays in Tenerife.

The house is located in Tacoronte, in the north of the island of Tenerife, next to the municipalities of El Sauzal, El Rosario and La Laguna. Its highest point is 1200 meters above sea level, while its coast features impressive cliffs. Two of the most popular bathing areas in Tacoronte are Mesa del Mar, with a wide black sand beach, and the fishing district of El Pris, where there is also an important tradition of water sports such as scuba diving or water skiing. In the midlands, agriculture is very favorable, especially dedicated to the cultivation of vines from which wines of international prestige emerge.

The Guanches that inhabited what is now the municipality of Tacoronte were grouped together in the lands that today occupy the neighborhoods of Juan Fernández, Guayonje, El Pris and Mesa del Mar. There they took advantage of the good climate and the protection offered by the abrupt coast, which has led to these cliffs being considered a Site of Cultural Interest as an archaeological zone. After the conquest, Sebastián Machado took over the territory of Tacoronte and founded, together with the neighbours, the hermitage of Santa Catalina.